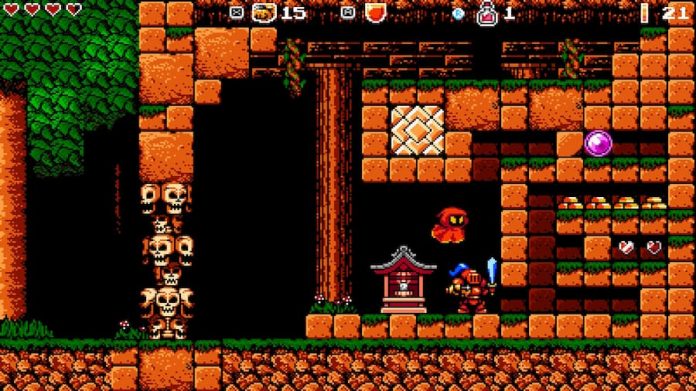 The moment Cathedral‘s soundtrack kicks in and you see its colourful 8-bit visuals, you could imagine it being the next entry in the Shovel Knight series. Only it’s not.

Developed by Decemberborn, Cathedral was first released on PC back in 2019. Hoping to take players back to the roots of NES gaming, it now finds its way onto Switch, where it’s sure to garner itself some fans thanks to its retro charm.

As an unnamed knight, you mysteriously find yourself waking up in the eponymous cathedral. And so, the first thing that comes into your mind is how the hell do I get out? That’s for you to determine. Taking control of the knight, you’ve got to embark on a Metroidvania-style adventure, filled with puzzles, traps, enemies, and mountains of loot.

Being a knight, you’re equipped with a suit of amour and a sword from the outset. With your sword you can slash at enemies, and perform a downward thrust while jumping that’s great for breaking blocks and bouncing on orbs to gain a bit of height. As you progress further into your adventure, you’ll expand your arsenal; you’ll eventually gain access to a shield that allows you to block enemy attacks, an arm-mounted crossbow that enables ranged attacks, and more. There are even health and armour upgrades to be found.

A non-linear adventure, you’re free to explore the cathedral as you see fit. You will encounter blocked paths from time to time, but by acquiring new skills, previously inaccessible areas will open themselves up to you. You’ll unlock shortcuts, too, making it easier for you to navigate your surroundings in the future. With many secrets to be found, chances are you will definitely want to go back to previously explored areas to see what you can plunder. 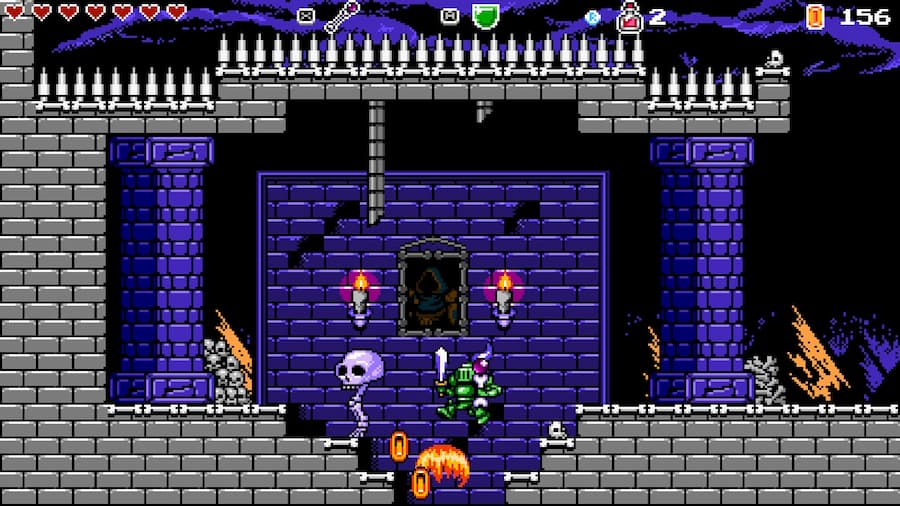 Like Shovel Knight, the plucky hero in Cathedral just loves treasure. It pops out of enemies when they’re defeated, and spews from chests when opened. Be careful though, because if you die some of your treasure will be forfeit. Cathedral initially seems rather breezy, but the difficulty soon picks up, so you need to keep your wits about you. And of course, there are challenging bosses to defeat.

Original it may not be, but does it really matter when Cathedral has so much going for it? Its visuals are charming, it’s got a kick-ass chiptune soundtrack, and the gameplay is finely tuned. Needless to say, if you’re a fan of Metroidvanias, or have been enraptured by the Shovel Knight series in recent years, you should really check Cathedral out.