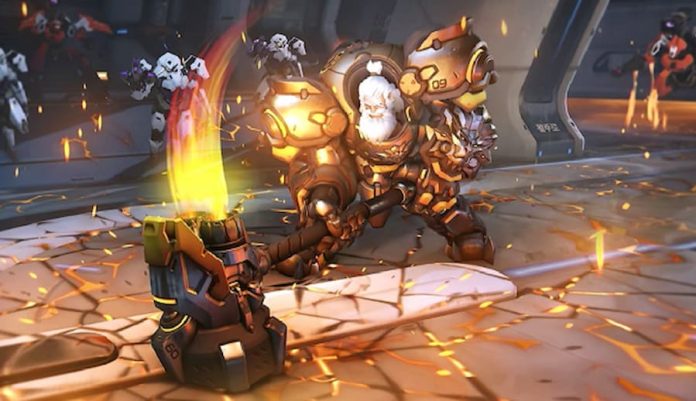 Ever since it was announced at BlizzCon 2019, Overwatch fans have been incredibly excited for any information about Overwatch 2.

And during today’s BlizzConline, there were a lot of brand new details about this upcoming sequel. We’ve put together a convenient list of some of the biggest things discussed during the convention. But don’t worry, all of the panels will be in video format as they finish so you can rewatch them anytime.

Two new maps were discussed at the Overwatch 2 panel – Rome and New York City. Images of both cities were shown and they look absolutely breathtaking. Rome will have well-known locations inspired by the city’s old architecture and New York City will have skyscrapers, pizza shops and more for players to explore.

Changes to the Tank Role

Currently in Overwatch, many tanks are seen as characters that stand on the front line in one place guarding the rest of the team. In Overwatch 2 tanks will be more toe-to-toe brawlers. Reinhardt for example will have two charges for his firestrike and his charge move can be canceled to allow for more accurate charges.

There was a lot of discussion about hero missions during the panel and it was mentioned that the goal for these missions is for them to feel like a true co-op experience. They will be great for non-competitive players that don’t particularly enjoy pvp. There will be hundreds of missions to play and the locations may change based on the time of day and what the quest is. One example given was a huge sandstorm at the Temple of Anubis Map or a beautiful African sunset in Numbani. The mission you choose and the time of day will completely change what’s happening in that environment.

Some of the objectives players can expect when they play hero missions include: gathering and returning objects to a specified location, scavenger hunts, kill quests and much more.

The Overwatch team discussed that many of the null sector units in the first Overwatch aren’t diverse or challenging enough to play against so they’re changing them and evolving them for Overwatch 2. For example, there will not only be normal enemies, but elite enemies. Elite enemies won’t just have more health or do more damage their abilities will change and adapt as well.

A Breacher omnic was discussed. They are large bomb robots that players will have to eliminate before they blow up their target. Another really cool null sector omnic shown off was the Puller who can pull characters towards her and damage them with her long strands of “hair.”

The team also briefly covered changes to some of the ways that the characters look. They wanted to preserve the essence of the characters while evolving them at the same time. Players got a closer look at McCree with a longer beard, Pharah with her new transparent visor, Reaper with silver accoutrements and Widowmaker with a more cyberpunk look and gorgeous new braided hairstyle.

Finally, the team gave a few more details about where the story of Overwatch 2 is going to go. There is a new omnic uprising in the game and despite the fact that Overwatch has disbanded, the team must get back together to defend the world from this new threat. Players can expect new cinematic intros and outros for the game’s many story missions, hero dialogue for every characters and the many unique situations they find themselves in and it will all be integrated as seamlessly as possible with the gameplay.

You can watch the full behind-the-scenes video below for more details and tune into BlizzConline tomorrow for even more fun!