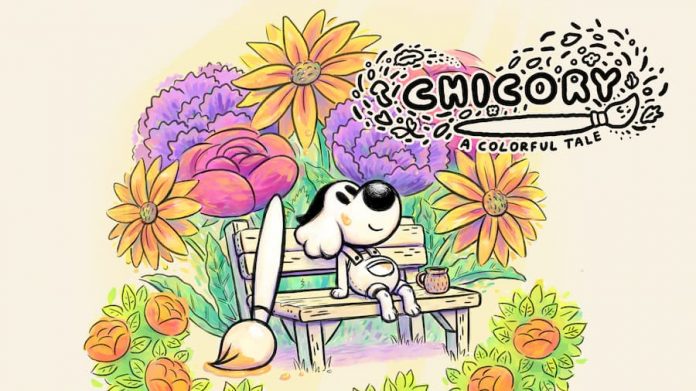 Have you ever played a color-your-own-adventure game?

That’s how we’d describe Chicory: A Colorful Tale, a title releasing later this year. FINJI, the team behind the game, has just announced that not only will it release for PC, but it is now set to release for PlayStation 4 and PlayStation 5 as well.

In the game you play as a curious dog who has picked up a giant, magical paintbrush and can use it to paint her world in any way that she pleases. Her paintbrush lets her solve puzzles, help her animal friends, and restore her world to its bright and colourful former glory.

As you progress through the game you’ll discover that your paintbrush can do a bit more than just paint regularly. It can also use glow in the dark paint to light up dark caverns. You might also discover texture brushes that will help you in giving Chicory’s 2D world a bit more personality.

As you can see from the trailer below, Chicory: A Colorful Tale is about much more than just painting. You’ll also be able to bring fresh, new items into locations to liven them up, as well as try to paint “classics” to put up in your local art museum.

There’s loads to see and do in Chicory: A Colorful Tale so look out for the game when it releases later this year for PC, PS5 and PS4.