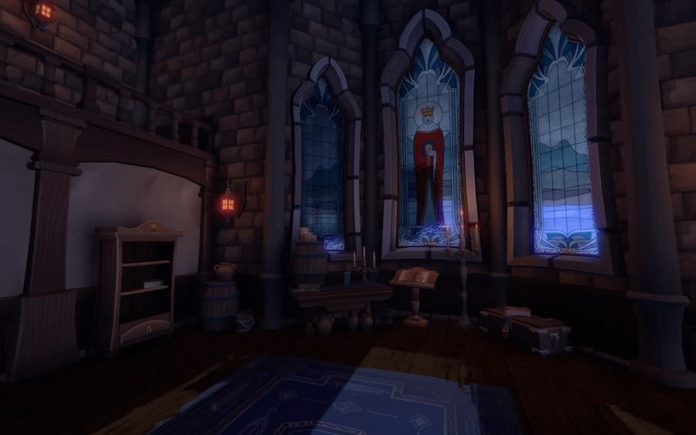 The We Were Here mystery trilogy is coming to Playstation 4 but the first game in the trilogy is free right now.

If you’ve never played We Were Here, it’s like No Way Out except that instead of trying escape from prison you’re playing The Crystal Maze. And now you can get it absolutely free from the Playstation 4 store, until February 22nd at least. Why February 22nd? Because February 23rd is the day when the entire We Were Here two-player trilogy, which also includes We Were Here Too and We Were Here Together, arrive on PS4.

Unlike some games that emphasise co-op, there’s no single player mode at all, nor is there  a split-screen mode. Instead, you play with one other play, communicating via voice only; this leads to situations where you’ll have to describe something you see, hoping your fellow player can work out what on earth you’re talking about. There shades of Keep Talking and Nobody Explodes, with marginally less death.

We reviewed the Steam version of We Were Here Together and gave it a 7 out 10, saying the game was “a huge challenge and many will fall along the way – but if you do power through, you’ll have a good time.” So if you can rope another player in and avoid throwing your controllers at each other, you’ll be in for a good time.

You can get We Were Here for free right now or purchase the whole trilogy this February 23rd.