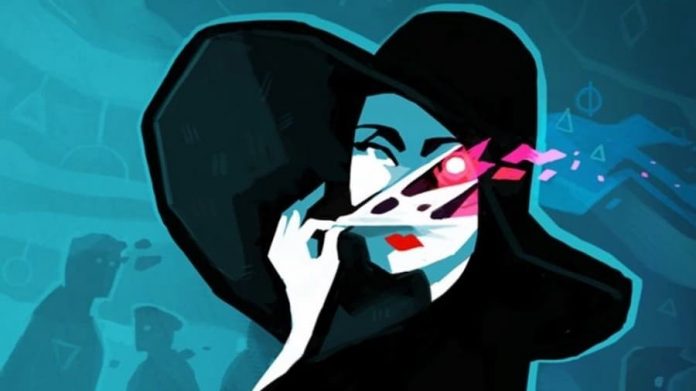 If at first you don’t succeed, try, try and try again to resurrect an ancient, terrifying entity that defies human comprehension.

That’s not quite how the saying goes, admittedly, but Cultist Simulator is one of those games that requires multiple playthroughs before you really get to grips with it. Sometimes it’s sheer dread that spells your doom – or, as was the case on my initial playthrough, you get so engrossed in summoning beings from beyond the veil that you forget to eat and die of starvation.

But Cultist Simulator is so engrossing that, even in the real world, it’s easy to get distracted from more mundane pursuits. Fired from your job in a (probably haunted) hospital, your protagonist decided to delve in the world of arcade and eldritch knowledge, starting a cult, contacting elder gods and getting up to the sort of shenanigans that would put H.P. Lovecraft to shame. Cultist Simulator does this without namechecking Lovecraft so instead of vomiting up “cthulhu fhtagn”, as if it’s some shortcut to terror, it draws upon its own mythology.

At first it seems daft that the game employs cards rather than a more conventional “choose your own adventure” style system. Cultist Simulator is, for the most part, entirely text-based, partly since nothing an artist could put to paper could match the horrors of your imagination. Letting you choose between A, B, and C seems more logical. 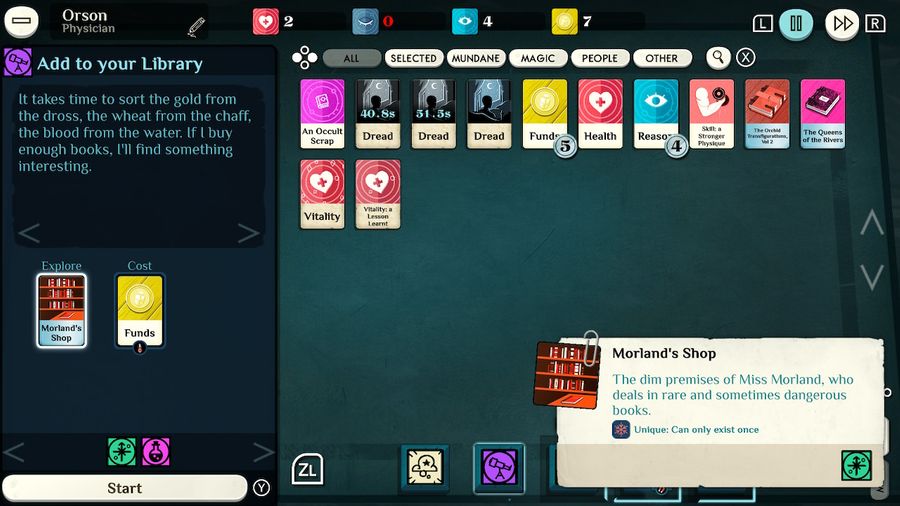 Certainly, the whole card system is mystifying when you first dip into it and while it’s fine for the most part that Cultist Simulator doesn’t hold your hand, I begrudged the game for not at least introducing me to the icons at the bottom of the screen. There is, at least, a manual hidden away with the options menu, but there’s a big frustration spike the moment you’re confronted with those cryptic symbols. If a friend had handed me the game to play, I’d have handed back after 30 seconds.

The more time you spend with it, though, the more you understand why the card system works; it’s because it gives you so, so many choices. Want to play it safe and work a dull job to fund your studies? Fine. But what if you start putting those disturbing dreams on canvas, in the hope you can sell a painting or two? It’s not, strictly, a card game – there are elements of strategy at play but you’re not constantly levelling up your hand.

Instead, you bathe in a sense of dread at the, er, dread cards you’re slowly accumulating, and the tough choices you have to make. How much of your health are you prepared to sacrifice for another chunk of arcane knowledge? It slowly turns you into the same kind of idiot protagonist that crops up in Lovecraft’s stories. You absolutely know you shouldn’t poke that nest of tentacle-faced bees, but how else are you going to uncover the name of that otherworldly abomination? 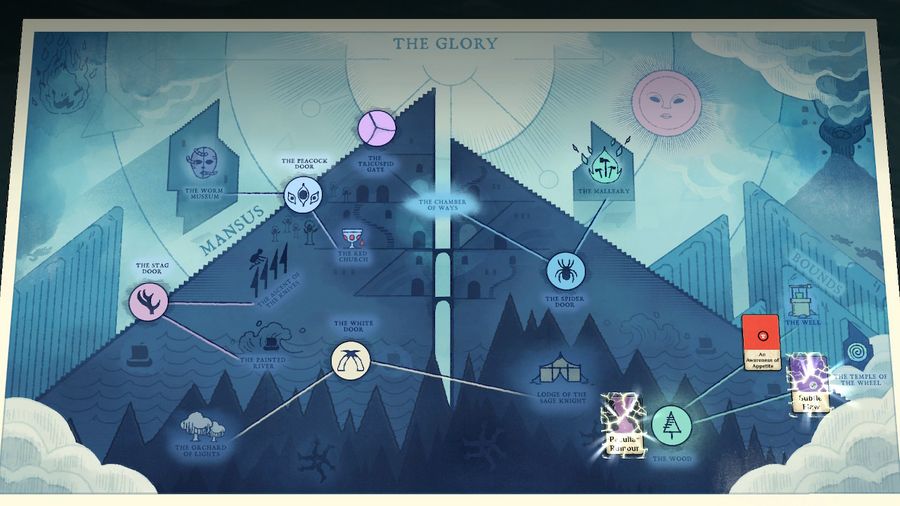 Your cultists, too, while arguable tools, come with certain responsibilities. You might smile malevolently when you feel Ancient Xygdgfjd stir in its sleep, but the authorities are noticing your activities. The quality of writing throughout Cultist Simulator is top-notch, conjuring up images that will scrape at the back of your own skull, even as you struggle to part with your mortal flesh. And in the Initiate Edition on Switch, all the previous downloadable content is included, giving you even more mileage from your monstrous quest.

Unless, that is, you’re playing Cultist Simulator in handheld mode. The user interface is relatively easy to come to grips with, but the text is a little small and will leave you squinting sometimes. There’s no option to increase the text size either and it’s all for the sake of fitting each message on a single side-bar. It’d be great if there was an option to stretch the message, using a scroll button, but if you’ve struggled with text in the past, this may well be a big barrier for you. I found myself irritated by having to bring the handheld closer on occasions.

Small text aside, Cultist Simulator is a real merry-go-round of emotions, mixing horror, joy, repulsion and much more. It’ll take a couple of  playthroughs for it to really get its tentacles into you, but when it does, you won’t want it to let to go.

Cultist Simulator: Initiate Edition is available on PC and Switch. We reviewed the game on Switch with a code provided by the publisher.