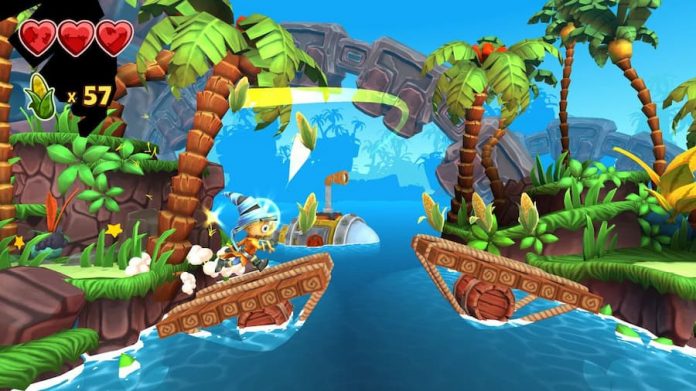 On the one hand, Stitchy in Tooki Trouble looks like a lot of fun.

On the other, Stitchy’s eyes are kind of creeping us out, reminding of nothing so much as the Other Mother in Neil Gaiman’s Coraline. We’ve watched the trailer, which you can see below, again and again and he doesn’t blink once. Admittedly, his eyes are buttons to the lack of blinking is understandable, but it’s distressing in a really striking way.

Still, since Stitchy in Tooki Trouble is still in development, there’s still plenty of time to sort that out. Equally striking but less upsetting is the way that Stitchy’s foes appear to be carved out wood, giving them an odd but strangely appealing appearance. The trailer also shows Stitchy struggling to control a mine cart but, we’re happy to report, there’s no ice level in sight.

Stitchy in Tooki Trouble is set to land on the Nintendo Switch but doesn’t have release date as yet. Still, if it’s anywhere near as good as Donkey Kong Country we could be in for a treat. Just remember to blink, Stitchy.