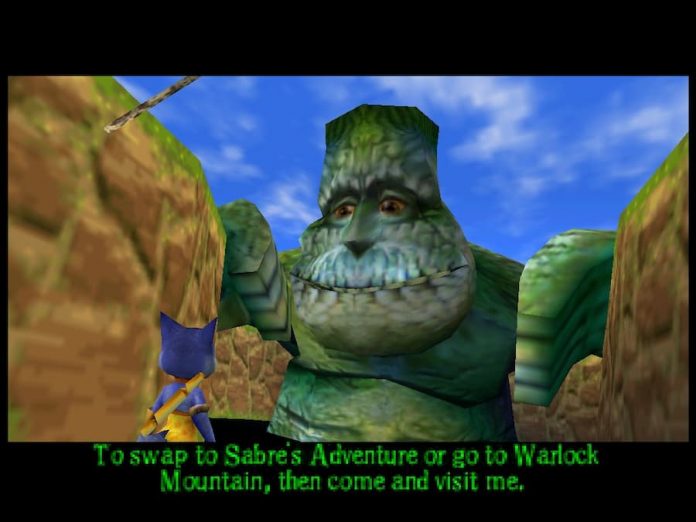 Dinosaur Planet has been leaked and it’s playable.

Dinosaur what? If you never got your hands on Starfox Adventures you’re right to be confused but, before it was an unconventional entry in the Star Fox series, Star Fox Adventures was a game known as Dinosaur Planet. In fact, it had nothing at all to do with Star Fox until relatively late in development.

Developed by Rare, the title was originally destined for Nintendo 64. But Nintendo’s Shigeru Miyamoto persuaded Rare to make it a StarFox title and spruce it up for the GameCube. It went on to receive middling to positive reviews, the original Nintendo 64 incarnation having lost to history. Until now.

So what changed? The answer is that digital preservation enthusiasts Forest of Illusion purchased a 2000 copy of the N64 game (Starfox Adventures was released in 2002) and have now made it publicly available.

Today we have released Dinosaur Planet by Rare for Nintendo 64. The development was halted and moved to the GameCube, where it was then released as Star Fox Adventures. Enjoy! (More info in this thread).

Unfortunately, their site is down and they’re in the process of changing servers – though there are other ‘sources’ for the game now. But the version of Dinosaur Planet they’ve released is largely playable, though if you want to finish it, it reportedly requires some messing about with.

How long will Dinosaur Planet be available for? We wouldn’t want to put money on it, given how ‘insistent’ Nintendo can be. But for now, it’s an interesting gaming curio, especially if you want a look at what might have been.