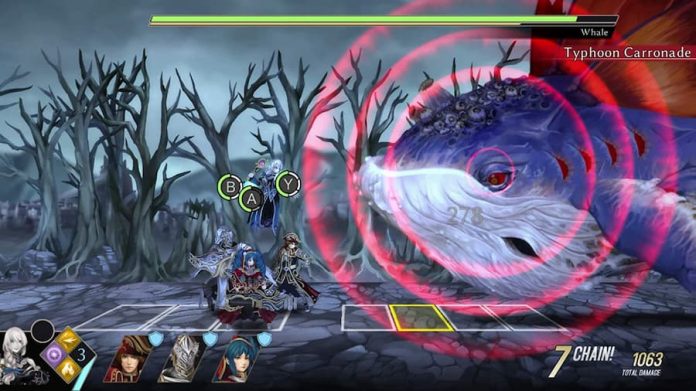 I don’t think I’ve ever played a game quite as infuriating as Fallen Legion Revenants.

YummyYummyTummy’s latest entry in its unique action RPG series tries to add a bit more depth both in and out of combat. All the while, it presents a new story in which you take control of two protagonists: a spirit called Rowena who’s desperately trying to save her child, and a politician called Lucien who’s doing all he can to support her.

Very much a game of two halves, those who have previous experience with the Fallen Legion series will find Fallen Legion Revenants‘ combat stages very familiar. Automatically moving from left to right, your four-strong party will only stop when encountering enemies, loot goblins, or NPCs wanting to engage in a bit of chatter. Changes made to the combat system, however, result in an experience that’s often bewildering, chaotic, and unduly frustrating.

One of the common complaints levied at earlier Fallen Legion games was that its combat was messy at times. To that, Fallen Legion Revenants says “hold my beer!”. You’ve still got to tap the buttons allocated to each party member to prompt them into action – generally making them dash forward to strike with a melee weapon, ready up a gun to fire, or cast a spell with your party leader. You’ve also still got to block enemy attacks. In Fallen Legion Revenants, however, perfectly blocking attacks is more important than ever, and a few new gameplay elements have been brought into play to give you even more to consider in the heat of the action.

Deathblows, for example, are now directly instigated by you rather than being inserted as you perform combos. It’s not a bad idea, really, as it gives you more control, adding some strategy. Deathblows largely play into the second of Fallen Legion Revenants‘ big new combat changes as well: the introduction of a combat grid. 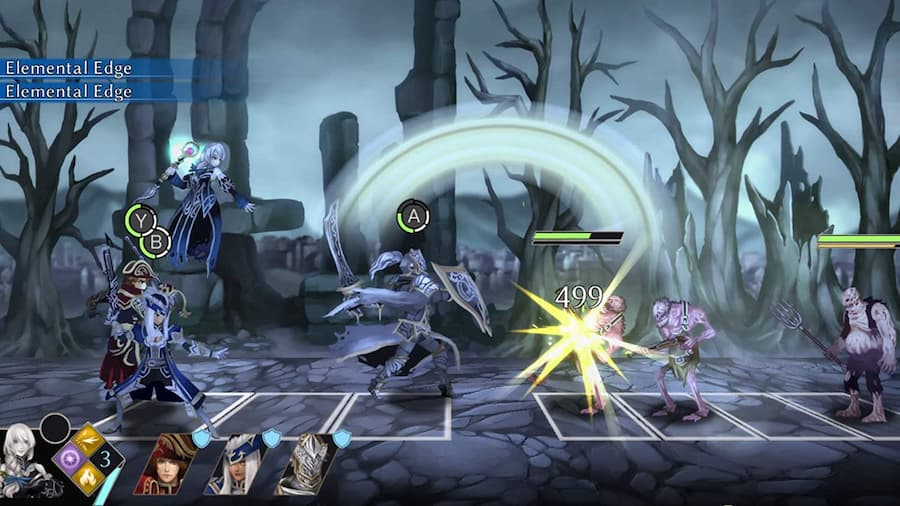 Your party occupies the left of the screen, with three rectangles in which they can be moved. Your enemies occupy the right, an area consisting of four rectangles. The effect is profound; as well as worrying about attacking and defending, you now also have to be aware of the placement of your team, and where your enemies are located. Some Deathblow attacks, for example, only hit enemies in the front two rectangles, while others push enemies away or pull then closer. And on the defensive side of things, if you’re at the front of your area you might be able to avoid an incoming melee attack if you quickly move your team backwards. On paper it sounds pretty good. In practice, it’s a nightmare.

Factoring in other changes, such as your healing spell now making one rectangle a place where you can recuperate some health if you stand upon it, and reviving your downed characters requiring you to hold their respective buttons, Fallen Legion Revenants is quite simply the most unwieldy, unintuitive game I’ve perhaps ever played. It also doesn’t help that it does a terrible job of explaining everything to you. You’re left to just muddle your way through one combat encounter after another, and when you finally think you’re getting the hang of things, it throws a curveball to put you back in your place. 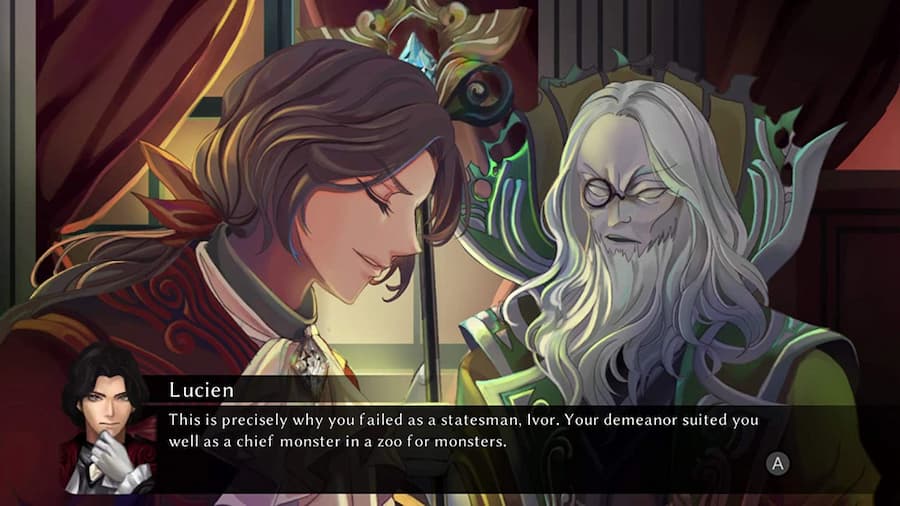 And that’s another problem with Fallen Legion Revenants – it simply takes too long to get going. Combat stages are longer than ever, or at least they seem to be, and you find yourself fighting the same enemies in the same environment for far too long. The drip-feed of new team members – or Exemplars as they’re called – is too drawn out. When the game finally does provide you with new scenery, enemies and party members to toy with, you’re already about ready to throw in the towel. And I haven’t even mentioned the game’s bosses, which bore you to death with their massive stores of HP if they’re not simply wiping you out with a constant barrage of massive attacks.

The final kick in the teeth is that the bits in between the combat, where you take control of Lucien, are largely dire. There’s not much to do apart from talk to people, but they rarely have anything new or interesting to say. Yet you’ll want to talk to them just in case – how you interact with them determines how the story plays out, you see. The highlight of your time between combat stages will be making potions for Rowena to use – not that they’re particularly useful. 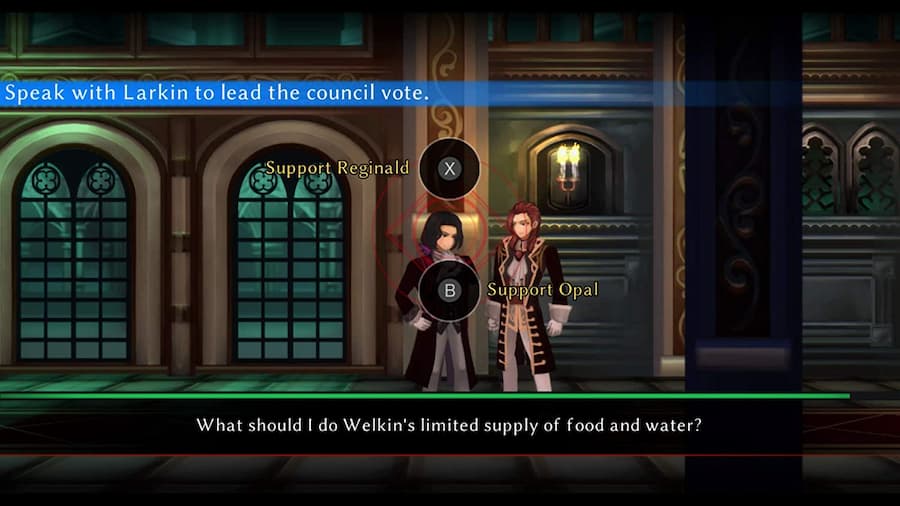 The most exciting action as Lucien occurs actually during combat stages – the screen will split then move away from combat for a short while for you engage in an important event. You might have to sneak past guards to get into a warehouse unseen, for example, or curry favour with those around you to affect the result of an upcoming vote. You’ll often be up against the clock in these situations, cranking up the tension, but they’re so basic that they don’t really amount to anything.

There’s honestly not really anything good I can say about Fallen Legion Revenants. Messy combat combined with an unwieldy control system means it’s not fun to play. A boring and confusing story prevents you from getting invested in its characters. I don’t think it looks as good as previous games in the series. And its voice acting is unimpressive. I suppose it’s got a decent soundtrack? That’s about as complimentary as I can be. Ultimately, Fallen Legion Revenants is one of the worst games I’ve played in some time. And that’s not a nice thing to write as someone that enjoyed their time with Fallen Legion Flames of Rebellion.

Fallen Legion Revenants is available on PS4 and Switch. We reviewed the PS4 version (played on PS5) with a code provided by the game’s publisher.