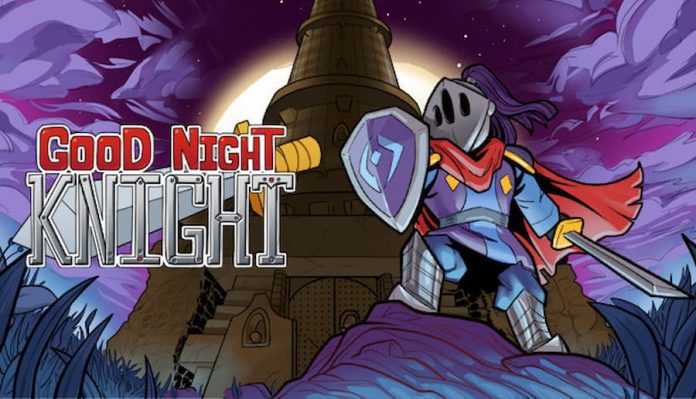 Get back your memory and save a crumbling world from ruin in this dungeon crawler.

Sometimes it sucks to be the hero. No one can blame you for wanting to relax. Kick your feet up. Take a break. But the world almost always needs saving and your sword has a thirst for combat. In Good Night, Knight from developer RedEmber, you play as a Knight of the Holy Divers. You awake to find yourself falling to your death. Thankfully, you land softly and fellow knights are there to guide you on your adventure.

Good Night, Knight is charming right out of the gate. At the very start you meet two fellows (who almost get crushed by you falling out of the sky). One is very thankful you’ve arrived, because it means he doesn’t have to be the hero anymore. It’s all on you. The other is a wise old man who gives you a mission to head into a tower and defeat the enemies within. It’s a dungeon crawler through and through.

What makes Good Night, Knight different from others in the genre is its stealth mechanics. After fighting your way through a few levels of the dungeon you’ll be introduced to the need to become sneaky. This allows your character to move undetected, peek around corners and learn where enemies are patrolling so that you can catch them off guard and get in a powerful sneak attack. This is a clever little gameplay element very much unlike most dungeon crawlers where you run into a room guns blazing.

The game also has some inventory management bits where players will have to decide what equipment they want to take along. You’ll find this equipment throughout the dungeon in chests and each item will help you in a specific way. Some pieces of armour will give you increased movement speed, some will give you the ability to jump further. It’s up to you before you head into the next room of the dungeon what equipment you think will aid you the best. 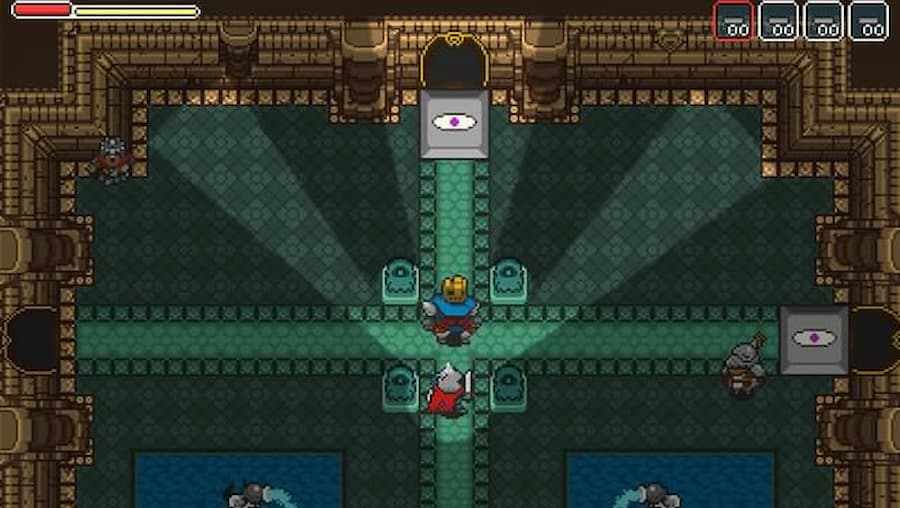 Good Night, Knight has is an interesting risk vs reward mechanic; you can rest at a frequent save point if you like, or you can choose to push onwards in search of more rewards. Is it worth the risk? Thankfully, there’s no permadeath here – you’ll not lose your entire progress if you decide to push onwards, but some of the treasures you’ve found are at risk, so it’s a decision worth taking carefully.

Despite being an Early Access title this fun dungeon crawler title already has plenty of content worth jumping into. Right now, there are three full areas to explore, with six planned for the full release. Over the next 12 months or so while Good Night, Knight is in Early Access, developer RedEmber will continue to add more content, new bosses, new locations and puzzles.