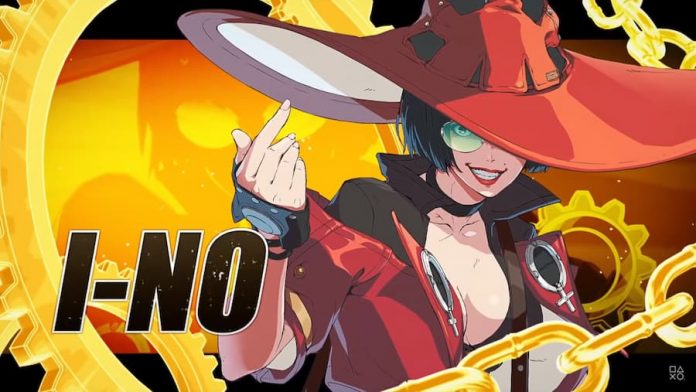 As tempting as it is to turn this announcement into a string of “Who’s on first?” style gags, we’ll just say we’re happy to see I-No back in Guilty Gear Strive, the latest entry in Arc System Works’ fighting franchise. The guitar wielding witch has always been one of our favourite fighters, mainly because she’s so badass, to the point where we’d convinced ourselves she was actually in the original Guilty Gear.

In fact, she didn’t arrive until Guilty Gear XX, where her primary role was a boss character and has been a selectable fighter in every subsequent release. We were counting on her coming to Guilty Gear Strive, so her presence isn’t a huge surprise, though it’s definitely a welcome one.

You can check out her character reveal below, which shows her laying into her fellow fighters. She’s the Guilty Gear Strive final character to be revealed and is set to arrive, with the rest of the roster, this April. Those who purchase the Deluxe and Ultimate editions of the game will get to play Strive three days early but, if we’re honest, we can wait. Guilty Gear Strive will be punching its way onto the PC, Playstation 4 and Playstation 5 on April 9th.