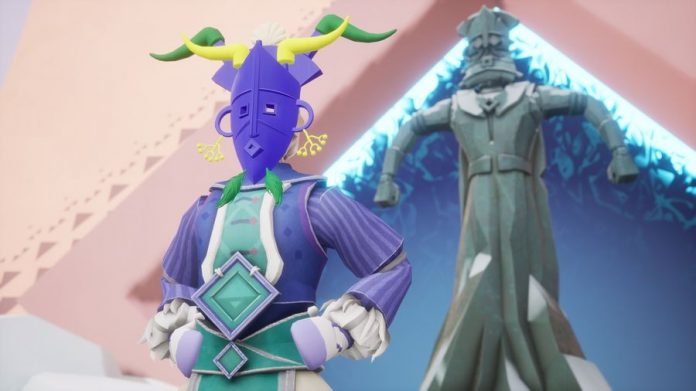 Maskmaker, from the creator of A Fisherman’s Tale, is an upcoming VR adventure that challenges you to fix a broken magical realm.

But instead of waving your controllers around until you’ve punched Evil Villain X in the face, Maskmaker has you taking a more puzzle-oriented approach. It’s not due for release until April, but we got a look at the game in action, guided by Balthazar Auxietre, the game’s creator, and came away thoroughly impressed.

Maskmaker is inspired by Auxietre’s own experiences – minus the travelling to a fantasy realm bit – and challenges you to solve puzzles with the guidance of Prospero, leader of the Mask Realm. The mask workshop serves as a hub; you can travel between multiple ‘biomes’, but you’ll run into problems which can only be solved by crafting specific masks. So you might step into a breathtakingly gorgeous realm, have a bit of a look around, then realise you’ll have to come later. It looks like there’ll be a lot of to-ing and fro-ing in Maskmaker.

We were immediately struck by just how well Maskmaker feels like it belongs in VR. Some virtual reality titles seem like they’re VR just for the sake of it; that they would have worked just as well as a standard title. Donning a mask, on the other hand, is an action that has real physicality to it and, in Maskmaker, it’s something you’re going to be doing an awful lot. Put one on and you’re transported to one of several realms; remove it and you’re back in the maskmaker’s workshop.

We got to see some physical puzzles in action, as our guide repaired a broken bridge mechanism but, if we’re honest, that puzzle could have cropped up in any number of games. It’s the ‘possession’ mechanic that sets Maskmaker apart from other titles and left us wanting more. You can take possession of the oddly immobile characters by copying their mask, as long as you’ve discovered in the ingredients. Yes, this is crafting, but it should be a joy rather than a chore; once you’ve discovered a mask ingredient you have an infinite supply of it. 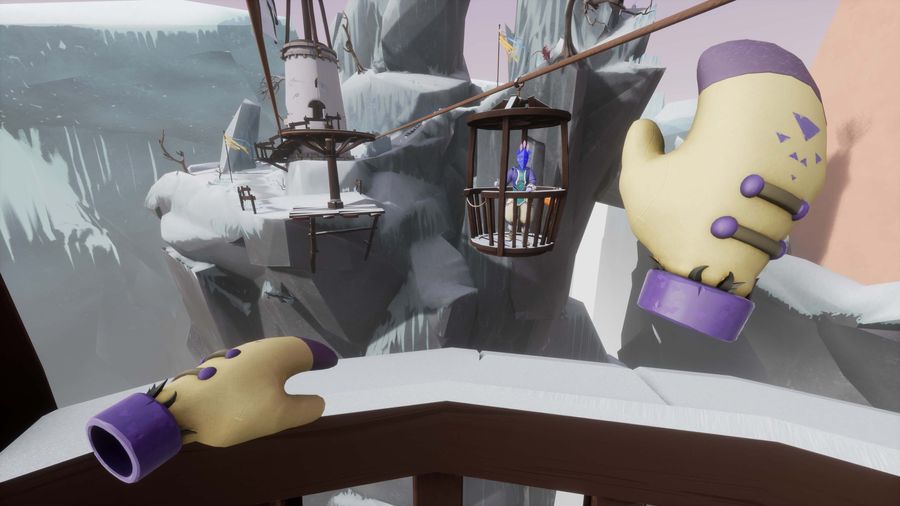 So you might need to use a platform but the lever is on a high ledge, out of your reach. However, there’s also a mask-wearer up there so you whip out your telescope, zoom in and Maskmaker adds that mask to your mask bank. Whip your own mask off, copy their mask in the workshop, put it on and you’re suddenly standing next to the lever. Pull the lever and the platform starts moving. Swap back to your original character (since this new mask-wearer is trapped on the ledge) and you’re good to go!

Not all the characters you encounter will be stranded on ledges, but Maskmaker did remind us a little of Sentinel, the classic puzzler where you have to get absorb a character above you, teleporting you to their position. We’re hoping the final game address just why the characters are immobile, because taking possession of them felt faintly wrong, but that probably won’t get in the way of our fun.

We only got to see a relatively small chunk of Maskmaker, but it left us wanting more. We’re looking forward to getting our hands on it when it launches April 20th. It’ll be available on Oculus Rift S (and Quest, with a link cable), PlayStation VR and HTC Vive (or other SteamVR supported headsets). If you want your own look at what Maskmaker has to offer, check out the announcement trailer below.