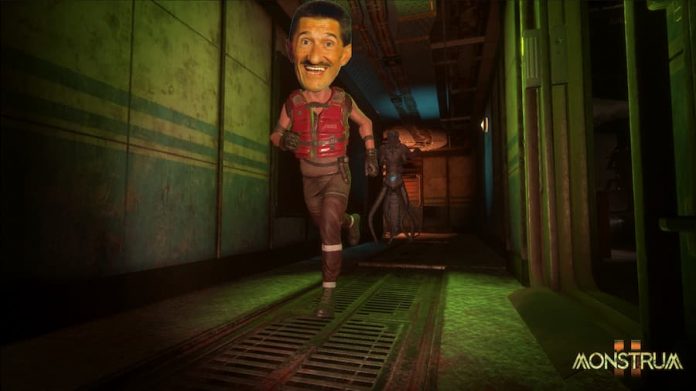 I honestly couldn’t tell you why Team Junkfish made Monstrum 2 multiplayer-only, after the last title was single-player only. But, having laughed myself silly playing this asymmetric horror game’s Early Access incarnation, I’m glad it did.

Granted, that probably wasn’t the effect Team Junkfish had in mind, but Monstrum 2 was like playing Alien Isolation with the Chuckle Brothers. In case you’ve not seen these British comedians in action, you only need cast your eyes over this video where the pair attempt to play real-life Hitman. If it wasn’t for the sad fact that one of them has passed away, I could well believe someone had shoved them in front of a PC and told them to go wild with Monstrum 2.

Playing as a slavering murderbeast, it’s your job to to hunt down the inhabitants of an offshore research facility. Or, if you’re one of up to four human players, it’s up to you to reactive the the facility’s power and get the hell out of there. But it’s not just a case of running away before you’re horribly murdered or, as the monster, belting after your prey before they can achieve their goal.

There’s a reasonable amount of strategy at play in Monstrum 2; you might not be able to run fast enough to elude your foe, but there are enough low entrances around that you can access places the beast can’t follow. As the beast, you might be daunted by the size of the station, but depending on which creature you are, you can emit a rechargeable roar which will pinpoint the humans locations or even see through the eyes of your prey. 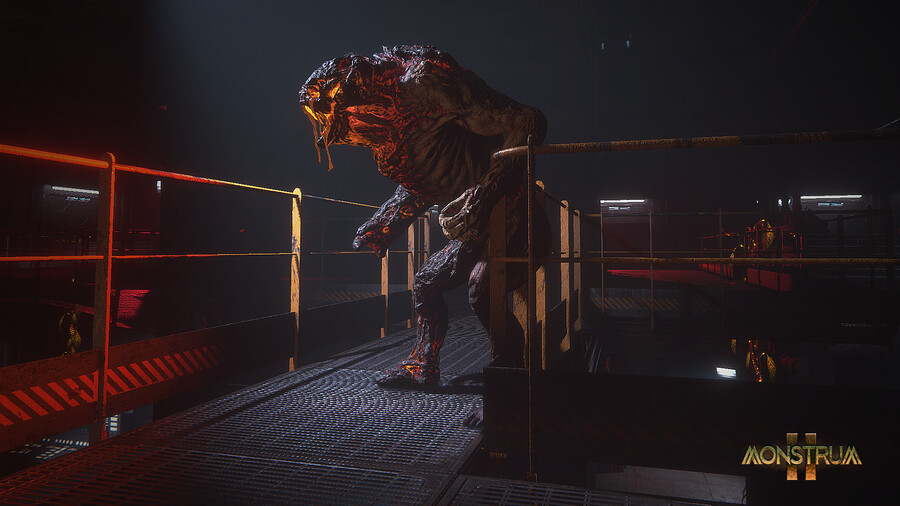 And then there’s the lockers, those wonderful, wonderful lockers. Remember Alien Isolation‘s lockers, how you’d cower inside and hope the alien didn’t look inside? Here, the claw’s on the other hand: when you lose sight of your prey, do you keep going? Or do you turn around and start ripping open lockers in the hope of finding your fleshy feast? After so many single-player games where the enemy just ignores your hiding spot, it’s a real rush to be able to smash into their hiding places. Take that, human scum!

But then you end up playing alongside or against two players who are as adept at rig maintenance as Paul and Barry Chuckle were at DIY. And, as much as you feel like you should be angry, it’s just amazing. As the monster, you chase a human player into a lift, at which point they slam the door and the lift rides up. So you dash up the stairs in time to see the door close. Then it goes down again. Rinse and repeat and you can spend a good chunk of the match playing “To me, to you” with your would-be victim. 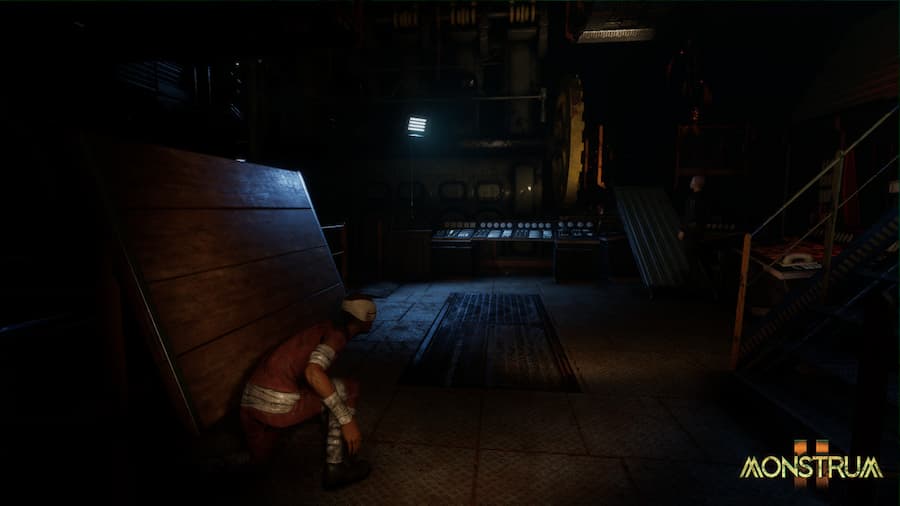 As a human player, you try to work with your fellow player but, no, they’re having none of it; they’re running off on their own. Five minutes later they’re begging for your help over group chat, while you’re wondering what the odds are you’ll get accidentally smashed in the face with a ladder. As the monster, you’re watching when, panicking when they hear you roar, one tumbles off the side of the rig. You suddenly wonder if you perhaps you should just put your feet up and have a nice cup of tea.

Monstrum 2 has potential and if you can find a team who know what they’re doing, I suspect you’ll have more ‘success’. But, as silly and unfocused as matches can be, I still had a lot of fun with it and watching your Paul and Barry-like teammates or adversaries flee aimlessly is always good for a laugh. Hopefully, Team Junkfish can build on this to deliver an asymmetric monster ’em-up that could give Dead By Daylight a run for its money.

If you feel like messing about at sea, Monstrum 2 is available through Steam Early Access right now. 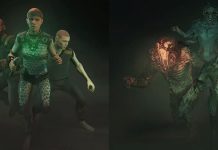