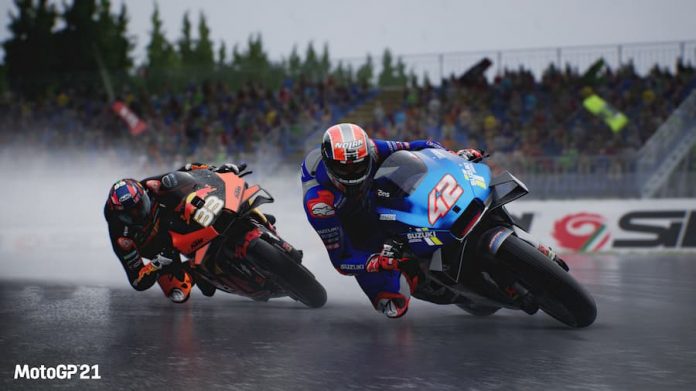 Milestone has today announced that the next entry into the annual MotoGP series, MotoGP 21 will be making its way to PC and consoles on 22nd April.

Promising to be “a realer experience than ever” (their words!), MotoGP 21 packs in a new and improved Managerial Career. It allows players to build a team, customise bikes and take control of a full staff. With their help, you’ll invest time and resources into research and development, eventually making your bike the best it can possibly be.

The Managerial Career isn’t the only area to see improvements this year, either. New features have been added to gameplay:

Coming to PS5 and Xbox Series X for the first time means that MotoGP 21 sports a series of technical improvements, too. Playing on those consoles will allow players to experience resolution up to 4K and 60FPS. There’s also enhanced lighting, faster loading times, and online races will support more players (up to 22). If you’re playing on PS5, you’ll also get to enjoy full DualSense support with adaptive triggers and haptic feedback.

MotoGP 21 will be available on PC, PS4, PS4, Xbox One, Xbox Series X/S and Switch on 22nd April. Watch the beautifully over-the-top trailer below.