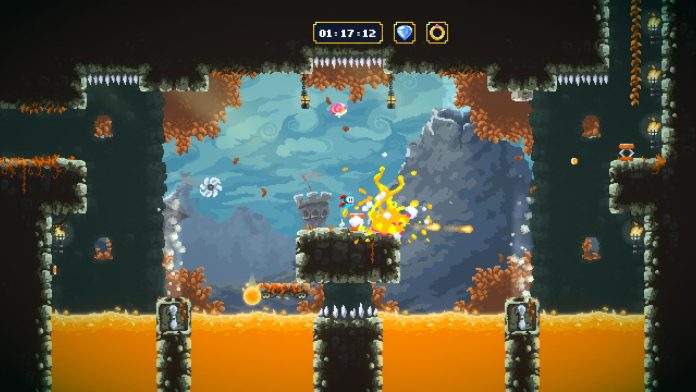 Sir Lovelot, a cutesy pixel platformer, is out this March and there’s new trailer to celebrate his upcoming arrival.

Sir Lovelot is about a tiny, tiny knight on a quest to find the love of his live. The rest of his world is pretty tiny too, but his diminutive size means that this platformer fits a lot on one single screen. You can check out the trailer below:

There’s swimming, jumping and an awful lot of monster murder going on, our hero’s quest for love taking him across a whole range of levels and environments, over forty levels in total. It looks a little unforgiving, as confirmed the studio’s assertion that it’s a ‘die a million times’ game, but nobody said finding love was easy. And with levels that gorgeous, maybe revisiting them won’t be such a pain.

Sir Lovelot is set to arrive on Nintendo Switch, Xbox One (and Xbox Series S/X hrough backwards compatibility), PlayStation®5, PlayStation®4 and PC via Steam. You can wishlist it on Steam here and get your gauntlets on it this March 3rd.