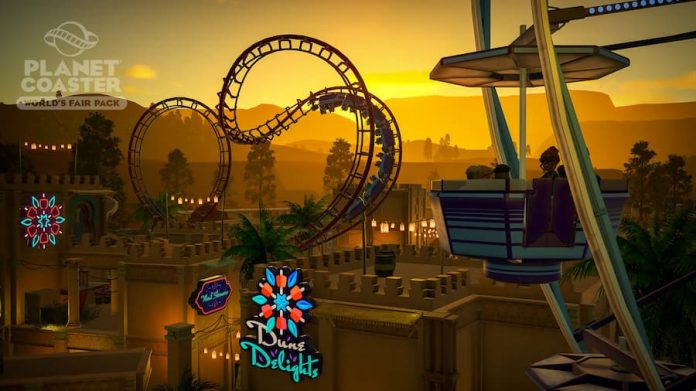 Planet Coaster: Console Edition is getting a chunk of downloadable content in the form of the Vintage & World’s Fair Bundle.

We’re not sure just how much punishment old-world rollercoasters can take. On the one hand, they’ve got a certain charm but, on the other, every time we’ve ridden one we’ve been worried this is the time it’ll finally give up the ghost. Fortunately, since Planet Coaster is about subjecting other people to your creations, it’s your visitors who will be risking their lives.

The new DLC features ten new rides (including Zephyrus, Aces Sky, Round the World, Loop Da Loop and more), 630+ new themed and scenery items and 250+ new console blueprints. Essentially, the DLC lets you give your park a complete overhaul, creating something that, as the title suggests, wouldn’t be out place at a World Fair.

We’re particularly intrigued by the Victorian aspect of this content; while the stereotype’s not entirely accurate, the Victorians are often painted as being reserved and restrained. So, naturally, we’re all for making them ride a roller-coaster in the shape of a big willy.

While it’s new to Planet Coaster: Console Edition, this bundle was released a couple of years ago on the PC so if you’ve dabbled in that version it won’t be entirely new to you. But if you’re playing Planet Coaster on the Xbox or PlayStation, the Vintage & World’s Fair Bundle will be available as paid DLC this February 25th. 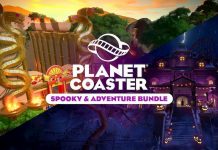 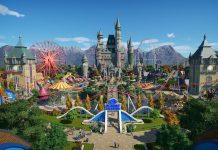 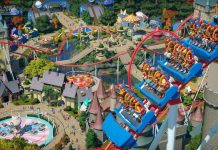 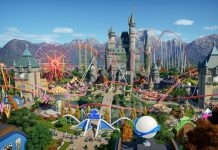