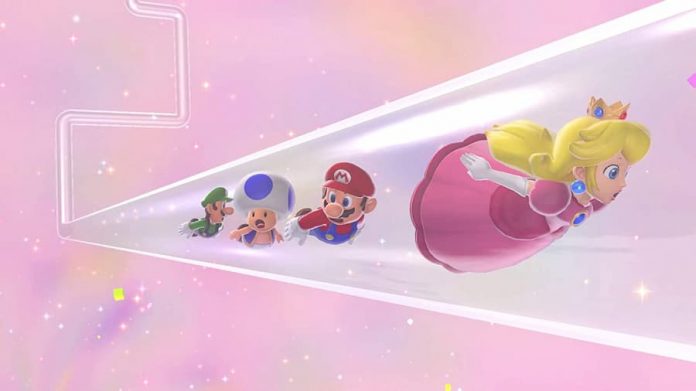 “But Super Mario Odyssey!”, I hear you cry. Sure, Odyssey was great, but it’s wholly modern; there’s something to be said for the feeling of classic Mario. Super Mario 3D World, originally released on Wii U back in 2013 and now ported to Switch, manages to feel both modern and traditional. Yes, it’s fully 3D, but thanks to its level-based design, it’s instantly familiar to anyone who grew up playing Super Mario 3 et al. That perfect balance is, to me, what makes Super Mario 3D World a true winner.

It’s not just that, of course. There’s the fact that, across its eight worlds, there’s a huge range of levels, all offering something completely different. Sometimes, you’ll find yourself underwater, fighting against feisty fish as you aim for the finish line. Other times, you’ll be speeding along on the back of a sea-monster, jumping through the waves with glee. Some levels task you with exploring a 3D area, and others are much more linear. One thing’s for sure though: no two levels within Super Mario 3D World ever feel identical. It’ll likely take you 12 or so hours to make your way through to the final boss, and you’ll have a blast from start to finish.

It looks fantastic, too. This isn’t a full remaster of Super Mario 3D World, it’s merely “enhanced”; but despite being eight years old now, it shines on Switch. Even docked on a large TV, your screen is alive with colour and beauty. It really is an eye-catching game through and through. Even better, improvements have been made to how characters move, giving them snappier running speeds and climbing abilities. And of course, there’s the completely new addition of Bowser’s Fury, which we’ll get to shortly.

Key to the experience in Super Mario 3D World is a series of power-ups. Some of them you’ll recognise – like the regular mushroom, the fire flower and the Tanooki leaf – but there are some delightful surprises to anyone new to the game. The Super Bell turns Mario into a cat, allowing him to climb up walls and swipe at enemies. You can also sometimes jump into boxes; popping a cannon box on your head allows you to fire cannons as you run, and another will allow you to fly. Oh, you can also inhabit a Koopa’s shell, or pick up a Piranha Plant to terrorise your foes with. It’s a game that’s been designed with fun in mind, and it really shines through. 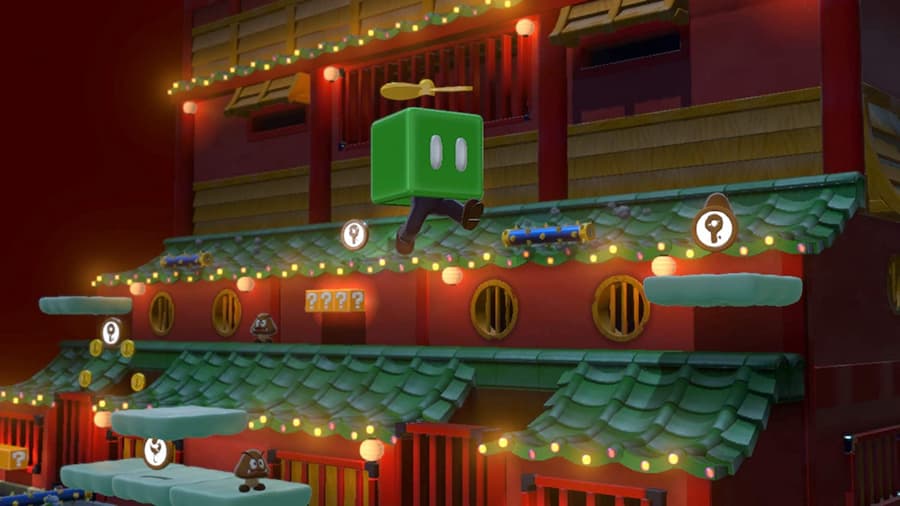 Adding to the fun – if you’re that way inclined – is the ability to play Super Mario 3D World with friends. Either online or locally, up to four players can join in the same game for some colourful carnage. It’s not the ideal way to play; with four players, a level can be quite chaotic, particularly as the camera struggles to keep track of everyone. End up lagging behind just a little and you’ll find yourself falling off the screen. Still, it’s good for some laughs, and some levels have been designed with multiple players in mind – such as the fast-paced racing levels that give you a shorter timer to encourage you to race to the finish line.

But let’s talk about Bowser’s Fury, the portion of Super Mario 3D World + Bowser’s Fury that’s completely new. It’s presented as a separate experience; as you first open the game, you’ll be asked to choose whether you want to play 3D World or Bowser’s Fury. Altogether more modern in design, Bowser’s Fury does away with level design and instead opts for an open world. As you start, you’re greeted by Bowser Jr. who explains that his dad – that would be Bowser – has become enraged. He’s now a giant, fire-breathing menace, and only Mario can stop him. As usual. 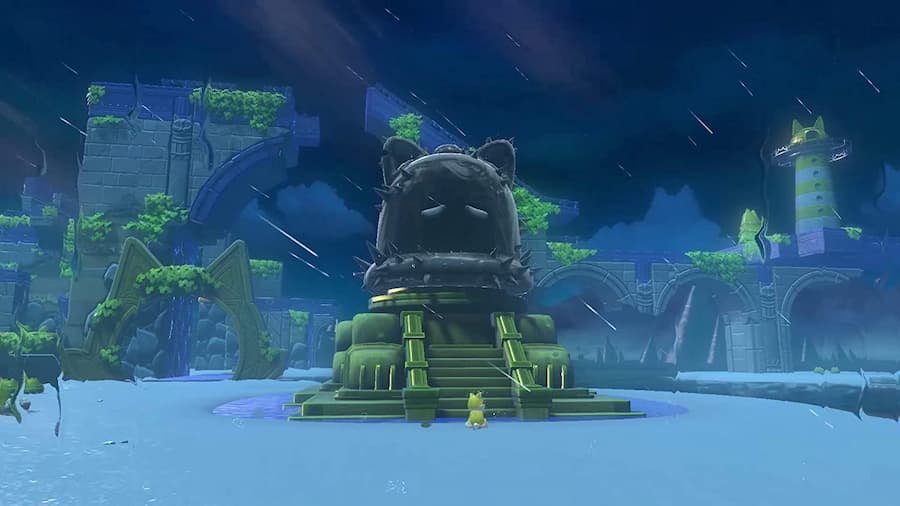 To defeat Bowser, you’re tasked with collecting ‘Cat Shines’ – small tokens that eventually activate a series of lighthouses dotted across the world. Lighting them up slowly reduces Bowser’s power, and it also activates the ‘Giga Bell’; a pick-up that allows Mario to turn into a giant cat, capable of fighting Bowser one-on-one. You’ll have to fight him numerous times, and each time is thrilling; two giant beasts, brawling it out as they step over tiny islands below, true Godzilla style.

It’s not just the combat that’s fun in Bowser’s Fury, though. Collecting the Cat Shines is challenging and entertaining, too. Some will be hidden within the environment, but others will require a bit more work on your part. Perhaps you’ll need to defeat all the enemies in the area, or maybe you’ll need to race against the clock to collect a Cat Shine before it disappears. There’s a set number to collect on each island, and as you find more, more islands – and more challenges on previous islands – will unlock. 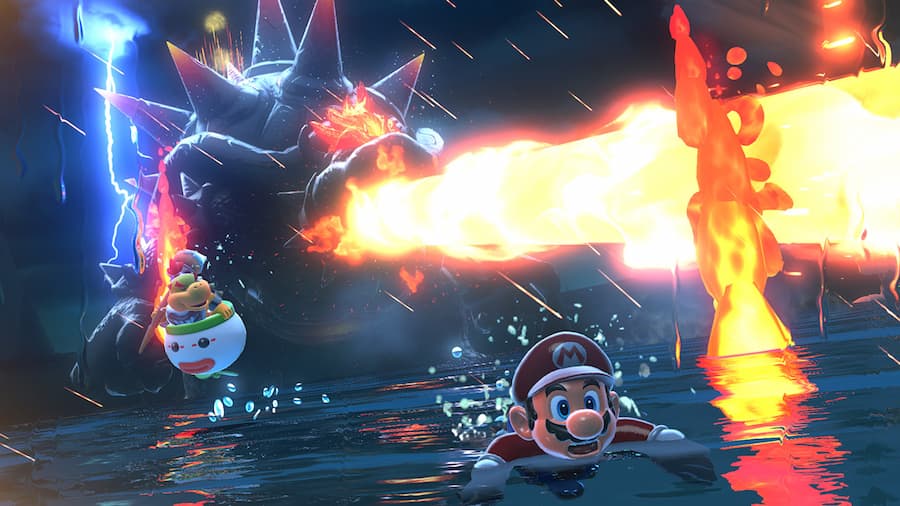 To make it even more challenging, Fury Bowser will randomly show up as you’re making your way around the islands. If you’ve collected enough Cat Shines, you can grab the Giga Bell and engage in battle with him, but if you haven’t, you have no choice but to try and avoid his fiery attacks. Collecting a Cat Shine will damage him, sending him away instantly, but if you can’t manage to grab one – and it’s tricky when you’re under fire! – you’ll have to wait for him to go away of his own accord. It adds a sense of urgency to the affair, and seeing that hulking great spiky shape appear in your periphery is a real thrill.

There’s one downside, however: some of the Cat Shines challenges in Bowser’s Fury have been lifted directly from Super Mario 3D World‘s levels. You’ll find yourself fighting against mini-bosses that you’ve already fought, and exploring areas that you’ve already been in. It really is disappointing that it’s not wholly unique. No matter which game you tackle first, you’re always going to feel a bit deflated when you get to a new section but then realise you’ve already done it elsewhere. 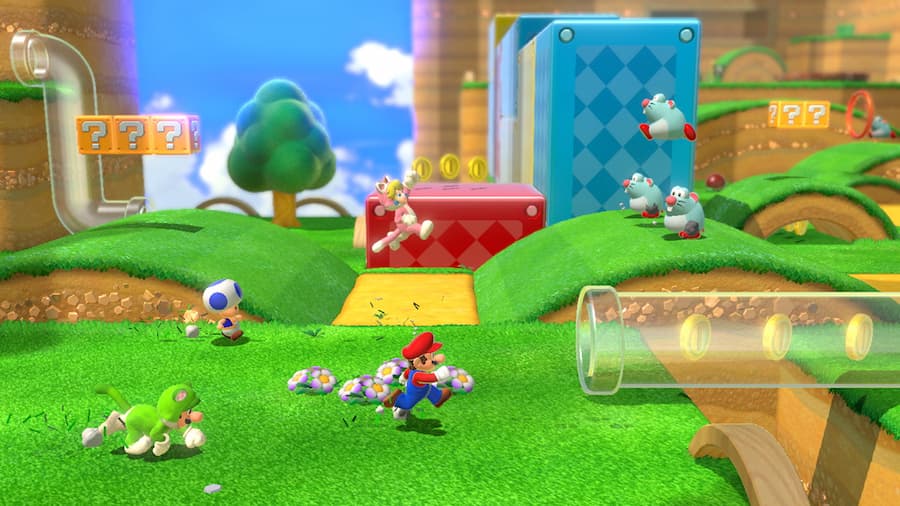 Reaching the end of Bowser’s Fury will take around five hours, but there’ll still be plenty more Cat Shines to collect at that point, so true completionists can almost double that play time. Add to that the 12-or-so hours you’ll need to reach the last level of Super Mario 3D World – and the multiple visits to each level to clean up any collectibles you’ve missed – and there’s dozens of hours of playtime in Super Mario 3D World + Bowser’s Fury.

Super Mario 3D World + Bowser’s Fury is available on Nintendo Switch. This review was facilitated by a code provided by the publisher.