Destiny 2 and Warframe feel like two sides of the same coin. Both take place in a sci-fi universe, feature a wide variety of magical classes to play as, and focus heavily on the loot. But of course, only one of them is available on Nintendo Switch.

Warframe might feel less polished than Destiny 2, but it’s entirely free to play. It also just so happens to have one of the fairest free-to-play monetisation systems going, so you can play entirely for free and miss out on nothing if you’re willing to put in the grind.

And you’d better be willing to put in the grind, as Warframe is full of it. That’s the core appeal of this shooter though. Everything you do earns you valuable resources that you can spend on new Warframes (basically classes) and weapons.

Given that Destiny 2 isn’t currently available on Switch, and probably won’t be any time soon, Warframe is a no brainer when it comes to being one of the best MMOs on Switch. The port has been handled by Panic Button, the talented developers behind the DOOM and Rocket League ports, so you can expect a solid handheld version of the hit looter shooter. 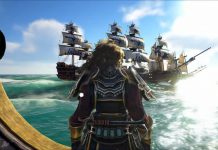 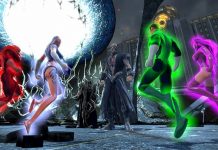