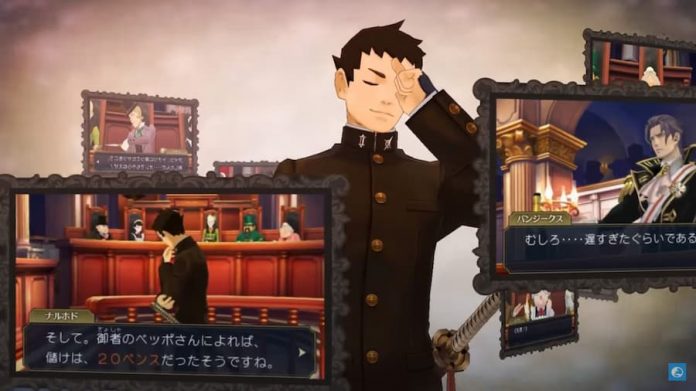 The Great Ace Attorney Chronicles, comprising a pair of Japanese-only Nintendo DS release, has been listed for release on the PS4, Nintendo Switch and PC.

As reported by Gematsu, The Great Ace Attorney Chronicles has been rated by the Taiwan Digital Game Rating Committee. Why is that a big deal? Because while that doesn’t 100% mean they’ll be getting an English translation or a western release, the fact they’re listed under their English-translated titles certain suggests that.

If you’re not familiar with the games, The Great Ace Attorney is a period-based version of Phoenix Wright: Ace Attorney, complete with courtroom and investigation gameplay and an appearance by Sherlock Holmes. Though, in this case, Sherlock needs an awful lot of help compared to his other fictional incarnations.

Ace Attorney fans have been clamouring for an official release, though they did get a fan translation which was quite an accomplishment. Unfortunately, there’s still no news on Ace Attorney Investigations 2, but we’re always up for more Ace Attorney, no matter when and where he’s hailing from.

There’s no release date but we’ve got our fingers at the ready for when there’s more news.