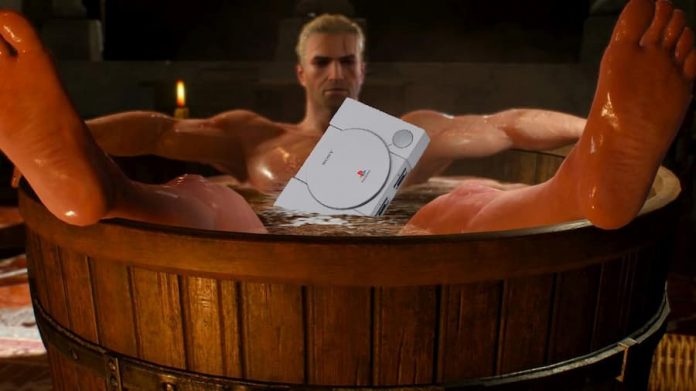 There’s now a Playstation 1 demake of the infamous bathtub scene from The Witcher 3.

What bathtub scene? You can’t really have missed it if you’ve spent much time on the internet – it’s become infamous to the point where you can get figures of the scene, though we’re still waiting on a full-size garden feature before we put our money down.

And now, thanks to Anders Lundbjörk, responsible for several equally entertaining demakes, you can see what The Witcher 3’s bathtub scene would look like on the Playstation 1.

It doesn’t have quite the happy ending you might have been expecting but, between this and Playstation 1 Oblivion, Lundbjörk has really knocked it out of the park. There’s no actual game, as is usually the case, though playing it in Potato Mode is always an option.

Still, if there’s lesson you can take from this, it’s to never two-time a blocky sorceress, no matter how smooth you think you are. We think Low-Polygon Geralt got what he deserved.