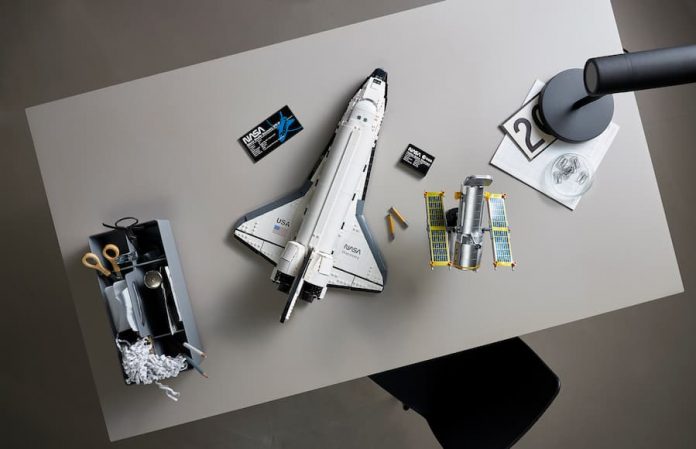 This isn’t an April Fool’s; LEGO has today announced a huge NASA Space Shuttle Discovery model will be available from 1st April.

Comprising 2,354 pieces, the LEGO 10283 NASA Space Shuttle Discovery is, unsurprisingly, an 18+ set. It’s a detailed recreation of the STS-31 mission which launched in April 1990 – a shuttle which carried the Hubble Telescope into space. So, quite an important spacecraft them.

The LEGO recreation of Discovery comes with a stand, along with a UCS-style plaque which provides some detail about the shuttle. Accompanying it is a model of the Hubble Telescope, complete with its own smaller informational plaque. The body of the shuttle opens up to allow you to store the telescope inside.

Fully-built, the LEGO NASA Space Shuttle Discovery is no small thing. It’s 55.46cm in length, 34.6cm wide and 21.78cm tall. You’ll need a good bit of display space for this one, then, but if you happen to have any of LEGO’s previous Space-themed sets, it’ll make a fantastic addition.

It comes fully-featured with lots of details, too. There’s a functional landing gear, and realistic payload bay doors, complete with reflective stickers that represent the cooling radiators. At the back of the shuttle, you’ll find a number of engines. There are the three main ones, used to send Discovery into orbit, and smaller engines which help the shuttle manoeuvre while in space.

Inside, you’ll find a flight deck and mid-deck, complete with seats for the astronauts, and a robotic arm control panel. Unfortunately it’s not minifig scale, though, so you won’t find any NASA minifigures included. 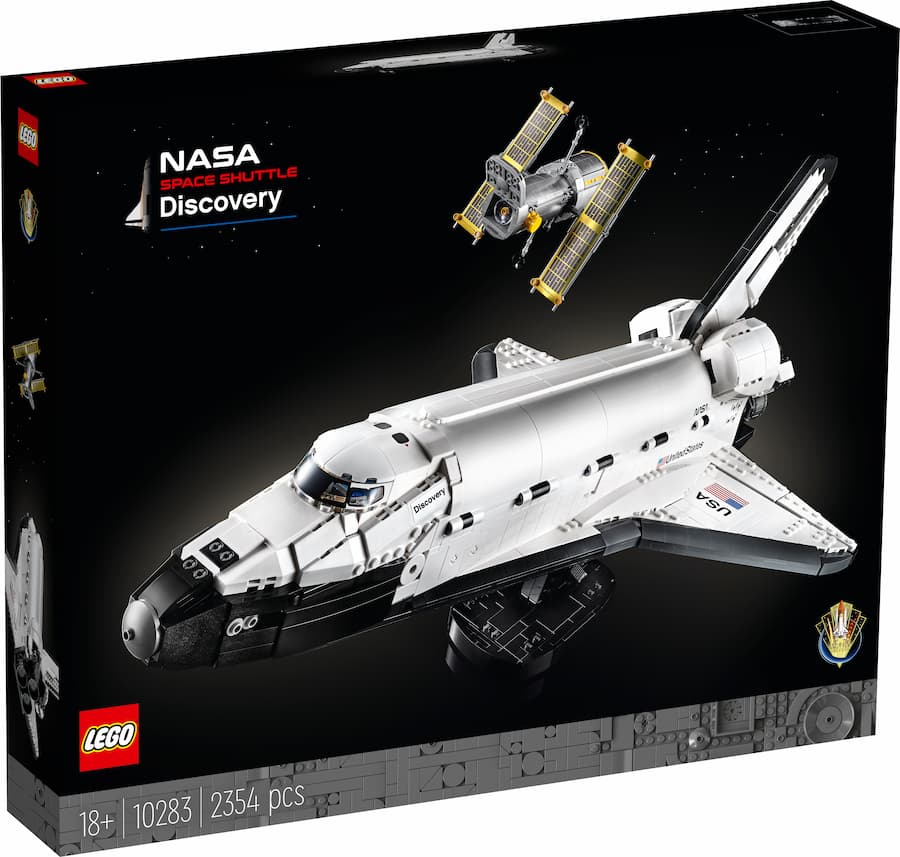 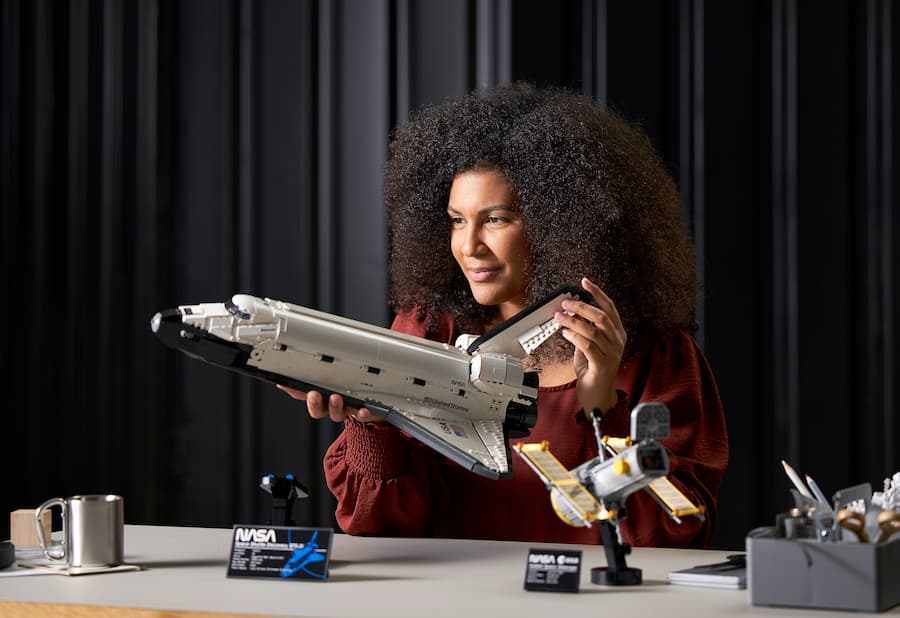 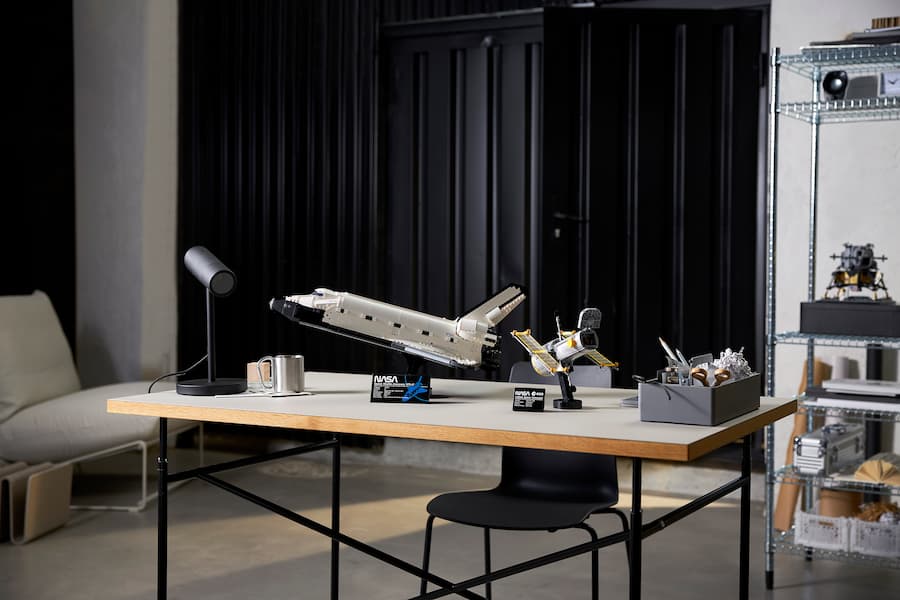