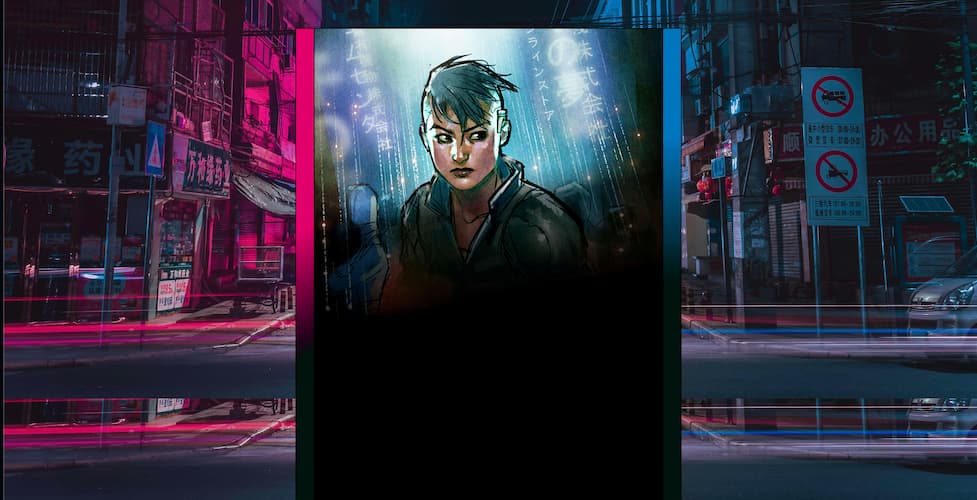 How do you build a world? It’s not a simple matter at the best of times but when you’re working on your own, everything is on you.

That’s one of the challenges facing Agnès Vuillaume, solo creator of upcoming point-and-click adventure The Sundew.

Set in a dystopian, robot-enhanced future, it casts you as Anna Isobe, a cop who, despite her cybernetic enhancements, has become near-obsolete. We spoke to Agnès to find out more about the world of The Sundew, a world that’s lived in her head for some time.

“I’ve always wanted to tell stories. Even before imagining the script of what was to become The Sundew, long before, 20 years ago, I had started a novel, a science fiction story,” she explains, but it was a while before she discovered the right medium for the story.

“With video games and pixel art, I found a medium where I feel comfortable, where everything just seems natural to me.” She noted, “it isn’t very difficult to change the story from one media to another.”

“I create when I move and when my mind wanders. When I walk, when I’m in a car, on a train… I just have to extract the bits that are necessary to tell the story, and put them into shape. In the form of a comic strip, a game, images… it doesn’t matter.” 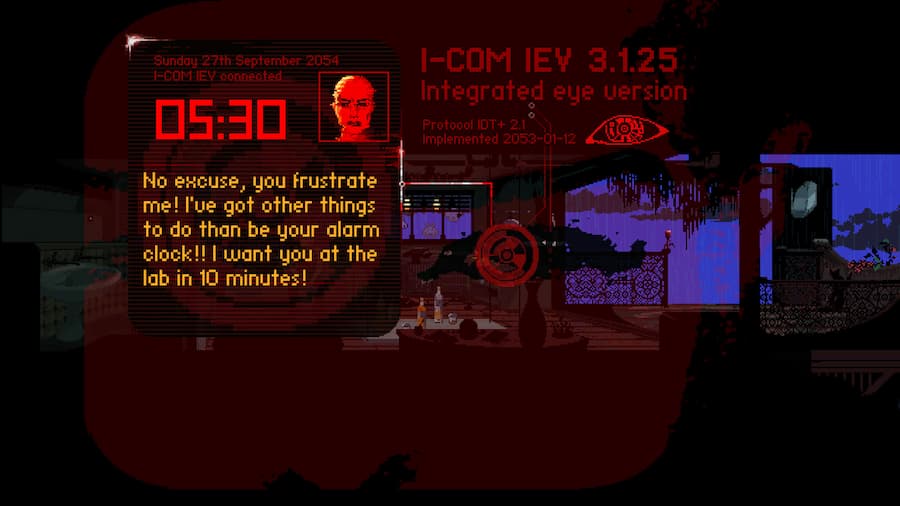 When it come to keeping track of The Sundew and its tale, she resorts to the handwritten word:  “Sometimes it’s a bit like notes on paper here and there. I write a lot of little papers that I pile up.”

The world Vuillaume has created is more than just a one-off; she intends that it become the backdrop to several other titles, though Anna’s story will likely only be one of those. The story she’d originally crafted has served as The Sundew’s seed, but she’s had to do a lot more to fully realise it and ‘The Sundewverse’ is always growing.

“I make up stories all the time and the universe of the game regularly densifies as time goes by,” she says. She cites some familiar influences, such as the work of Philip K. Dick and the universe of William Gibson, but her work has been informed by a multitude of sources.

“In reality everything that fascinates me inspires me: robotics, biology, art nouveau and art deco, psychology… the human being and its complexity, its paradoxes, its future. I am very curious and passionate about these subjects,” adds Agnès. One thing she had to consider, however, was creating a setting that was futuristic yet plausible. 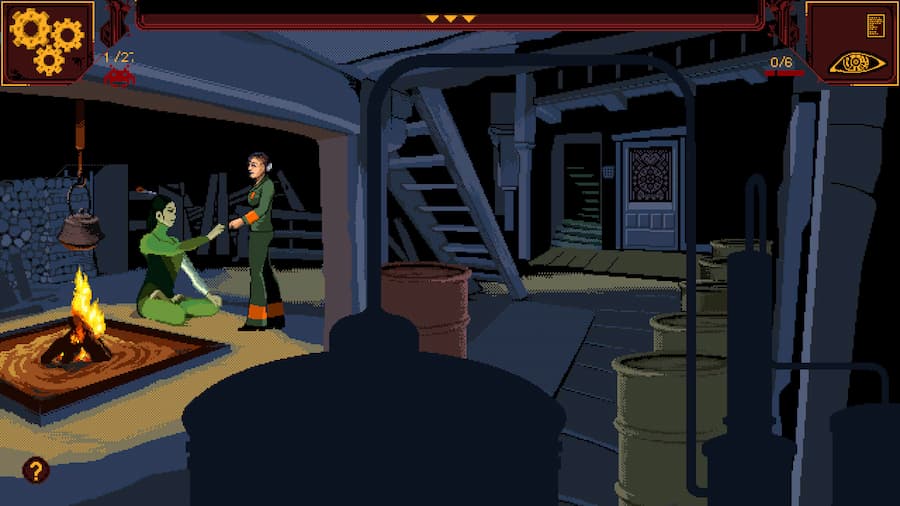 “I’m very careful that the elements I integrate into the game are an evolution of robotics and current biology. It is a future… we don’t want to have, in reality, other than in stories, but whose aspects remain in a way a deviant, frightening continuity of our present.”

What’s particularly unusual about this world is that it’s not wholly devoid of hope. More often than not, dystopian fiction ends with the protagonist either meeting an unpleasant end or accepting they lack the ability to change things. The Sundew, on the other hand, boasts that you’ll be able to ‘reverse the dystopia’. I asked her about the reasoning behind this design choice.

“The decision… came to me gradually, perhaps from two things. First, because I love stories that end badly, they are poignant. But I also like stories that end well, they are much less frustrating! So I chose to give the player several possibilities.”

The Sundew does promise a few surprises, even for those familiar with the game’s literary and cinematic influences.

”I make The Sundew as I would conceive a work of art, a painting, a book. This game is much more than technique… The part I’m most proud of is the originality of a technology that I can’t tell you about without revealing the whole plot of the game,” Vuillaume teases.

The Sundew, story and all, is 99% the work of Agnès herself but, she acknowledges, it hasn’t always been easy being a one-woman studio.

“The great advantage I find in creating alone is that the whole game is in my head (I have a good visual memory), so I can adapt quickly to difficulties. I have a very flexible way of working, and I only need a basic organisation. And I don’t risk disagreeing with myself, it’s very practical too.

“However, the workload is considerable. I have to take responsibility for everything, and sometimes I have to pay attention to take a step back from the pressure it creates. Fortunately, I am well surrounded, by lovely people, in the video game world and in my personal life, my family and my friends. This is essential to find energy in moments of doubt.”

Published and created by Vuillaume’s solo studio, 2054, The Sundew is out this summer on PC. We’re looking forward to stepping into Anna Isobe’s cybernetically-enhanced shoes and if you want to learn more you can check out its Steam page right now. 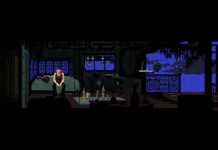