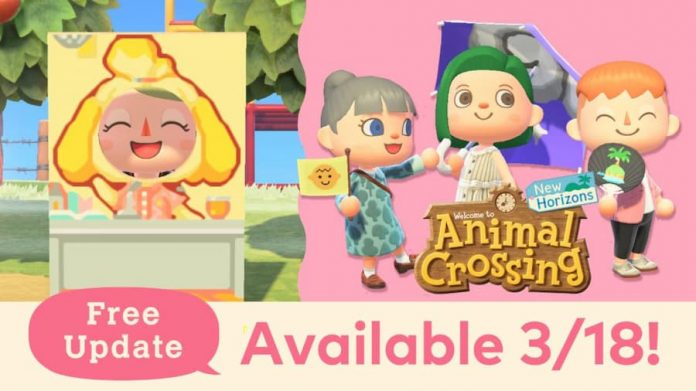 Animal Crossing: New Horizons is celebrating its one year anniversary!

Since its release in March 2020, millions of players have picked up Animal Crossing: New Horizons, with many spending multiple hundreds of hours perfecting their amazing islands. One year later and many of us are still chugging along, collecting special items, fishing, catching bugs and just enjoying a quiet, serene life.

Nintendo wants to celebrate the one-year anniversary of the title with some in-game changes starting March 18th. To kick off the celebrations, all players will be sent an adorable 1st anniversary cake in the mail after the update has been installed.

Next, the Animal Crossing Sanrio Collaboration Pack, which was announced back in January, is coming soon. Starting March 26th, players will be able to purchase the card packs at Target Stores all over the U.S. These cards allow players to invite residents to their islands inspired by popular Sanrio characters. You can also exchange bells for Sanrio-themed furniture and fashion items in-game.

The update also brings 50 additional custom design slots to the Normal and Pro custom design modes. Since Animal Crossing: New Horizon‘s release players have uploaded over 12 million custom designs to the Custom Design Portal. It’s clearly a very popular part of the game, and this update allows players to enjoy it even more.

When it comes to seasonal items, Nintendo has got players covered there, too. To celebrate April Fool’s Day a variety of whoopee cushions can be ordered between March 26th and April 1st. You can also prep for prom season with some new items at Able Sisters during the month of April and few other prom items in the Nook Shop too.

There’s never been a better time to jump back into Animal Crossing: New Horizons so dive back in, pull up those weeds and grab these new awesome one year items!

Still no word on that blasted Bunny Day yet, though…