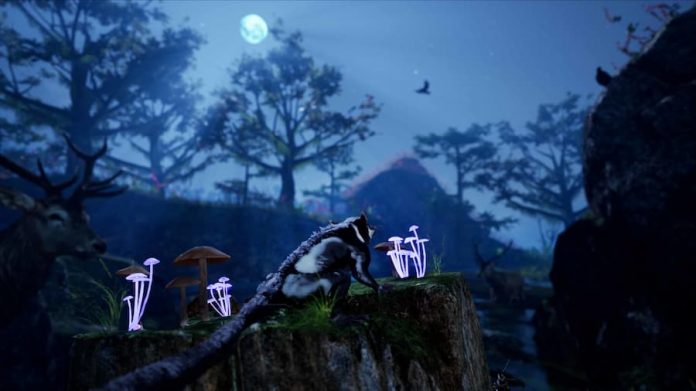 Sugar gliders are not good pets! Now we’ve got that out of the way, we can tell you that Away: The Survival Series is coming to the Xbox One.

It’s not that we’re not looking forward to Away: The Survival Series, an action adventure that casts you as an adorable little sugar glider. It’s just that, having lived through an era when Ninja Turtle fans begged their parents for real-life turtles, we’re hoping Away doesn’t lead to a surge in sugar gliders being sold as pets.

As you can see in the above trailer, Away looks absolutely gorgeous and, even though you occasionally play as other creatures, just leaping around and, er, gliding, as the sugar glider looks like a ridiculous amount of fun, even when half the world is on fire.

Now, developer Breaking Walls has revealed it’s going to be arriving on the Xbox One, on top of the PC and Playstation 4 releases that were already planned. There’s no definite release date for the game as yet but it will be arriving at some point this year. Still, we’re definitely looking forward to playing as the cutest animal protagonist in ages.