Okay, so Dragon Quest XI S: Echoes of an Elusive Age – Definitive Edition is something of a mouthful. But as far as the best JRPGs on PC go, this is right up there with them. It follows the adventure of ‘The Luminary’, a boy chosen to fight against the evil in the world that’s out to get him. But with the help of his trusty companions, he’s going to come out on top.

This Definitive Edition is the best way to play Dragon Quest XI, packing in a tonne of extra content. Not only are there extra missions, but you can enjoy a new soundtrack, quality of life improvements, and the ability to switch between retro and modern graphics. All that is cool, but it’s the story and gameplay of Dragon Quest XI that will keep you coming back. If you’re a JRPG fan, this is about as good as it gets. 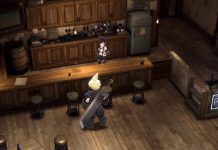