One of the many concerns voiced by cryptocurrency critics and sceptics is related to environmental impacts.

Back in 2018, Agustin Carstens from the Bank of International Settlements claimed that Bitcoin was “a combination of a bubble, a Ponzi scheme, and an environmental disaster”.

The initial two indictments have since been challenged. Although the real market potential for Bitcoin is still uncertain, it has been proven beyond a doubt that it is a lot more than just instruments for speculating in the short term and to fleet unwitting buyers.

As for the third claim, even many cryptocurrency supporters still believe that it damages the environment without providing any compensating benefit. This allegation is backed by the fact that the 73tWh of annual energy consumed by Bitcoin is equal to that consumed by entire countries like the Philippines and Austria.

The operating costs of Bitcoin do not differ much from those of intermediated networks of payment like Visa and Mastercard. Still, these networks facilitate far more transactions compared to Bitcoin. According to Digiconomist, Bitcoin’s annual electrical energy footprint is comparable to the power consumption of the entire country of Finland.

However, the quantity of transactions does not tell us much about the value that is exchanged on rival networks. Visa and Mastercard deal with a lot of small-dollar transactions, while an average Bitcoin transaction is worth $16,000. The fluctuations in mean transaction fees and the slow network make low-value Bitcoin exchanges undesirable. Furthermore, in contrast to card networks, cryptocurrencies are still not widely accepted and are therefore utilised less a medium of exchange and more as a store of value.

Considering these facts, upon comparing the volume of processed transactions, we get an entirely different picture.

The main innovation with Bitcoin is that it allows users to make payments without the need for an intermediary. Prior to Bitcoin, all attempts to come up with electronic payment methods ran into a problem known as double-spend: peers simply could not know if the funds they were promised had also been pledged to other transactions. Hence, a central authority was always required. To know more about bitcoin trading, you can visit bitcoineras.com.

Satoshi Nakamoto – the ‘founder’ of Bitcoin – solved that problem with the proposal of using a public ledger and cryptography. Yet, to make sure that no fake transactions were being included in the ledger, the decentralised payment system had to promote virtuous behaviour while making sure that fraud did not come cheap.

Bitcoin makes use of a proof-of-work consensus algorithm to achieve these two purposes. This algorithm enables Bitcoin to get users to agree about the transactions that should make their way to the ledger. What proof-of-work means is that a user expends computing power while validating transactions. This validation is rewarded in the form of newly minted Bitcoins, along with a transaction fee. According to Nakamoto, “Once the CPU effort has been expended, to make it satisfy the proof-of-work, the block cannot be changed without redoing the work. As later blocks are chained after it, the work to change the block would include redoing all the blocks after it. Proof-of-work is essentially one-CPU-one-vote. The majority decision is represented by the longest chain, which has the greatest proof-of-work invested in it.”

Since a transaction cannot go on the ledger without consensus, one would require a huge investment in computing power in order to defraud the system by forcing a user’s false transactions onto the public ledger.

To conclude, claims about cryptocurrency wreaking havoc on the environment are exaggerated at best. A simple assessment of the volumes of transaction shows that Bitcoin’s power usage is in no way incomparable to that of intermediated systems of payment. 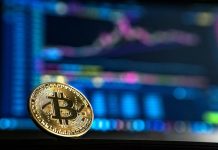 Predictions About Bitcoin Value in 2021 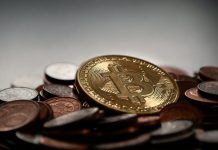 Everything You Need to Know About Day Trading Cryptocurrency