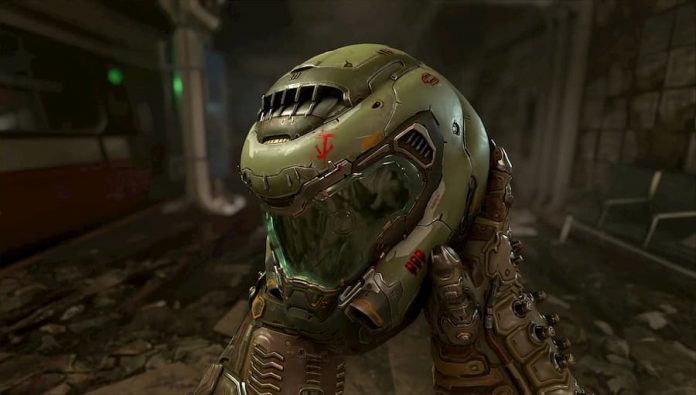 Are you ready to rip and tear? You’d better be, because Doom Eternal: The Ancient Gods Part Two is arriving today.

The second stand-alone chapter in Doom Eternal’s post-game story, The Ancient Gods Part Two sees you going up against Satan himself and, as shown in the trailer which arrived yesterday, raising an army to wipe out hell.

The arrival of this stand-alone DLC isn’t a complete surprise, as its release date was all but leaked last week. At the time of writing, The Ancient Gods Part 2 hasn’t dropped but it’s set to arrive later today. The trailer’s certainly got us hyped, just watching the two armies face off though we suspect the actual battle will largely be relegated to cutscenes.

We’re also intrigued to learn the origins of the Doom Slayer’s nemesis who’s a dead ringer for the world’s second-angriest green guy, as revealed at the end of The Ancient Gods Part One. That said, we really hope Bethesda doesn’t do the obvious and have Doom Guy flung back in time, becoming his own nemesis. As cool as that might sound on paper, it’s been done to death.

You’ll be able to pick up Doom Eternal: The Ancient Gods Part Two on PC, Xbox and Playstation later today.