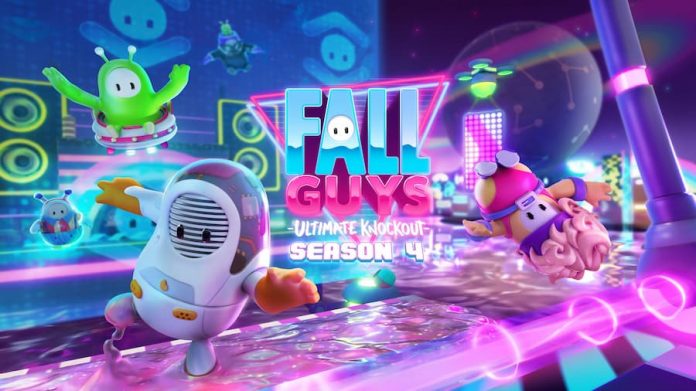 Those little beans are headed back – back to the future that is!

If you’ve been following Fall Guys: Ultimate Knockout then you’ll know that it’s headed into their fourth season. The fourth season includes some exciting new content and it heads to PS4 and PC on March 22nd.

Each season so far has brought brand new levels and brand new skins to the game and season 4 is no exception. This time around the bean boys are jumping into the year 4021. That’s right, they’re headed to the future where the world is big, bold and strangely fluorescent.

As you can see in the trailer below, the fall guys look fabulous in their new get-ups. Some are clad in their own fluorescent outfits, others in spandex that looks ripped straight from the 80s. There are even other bean friends dressed as aliens that look as though they’ve jumped right out of a spaceship.

Still, no matter how they look, they’ve still got one thing on the brain: getting that crown at the end of the game. Players can expect to play seven new rounds that, from the trailer, look as though they’ll be just as chaotic as ever

Fall Guys: Ultimate Knockout is available right now on PlayStation 4 and PC via Steam. You can start enjoying season 4 on March 22nd.

In the meantime, check out the trailer below.