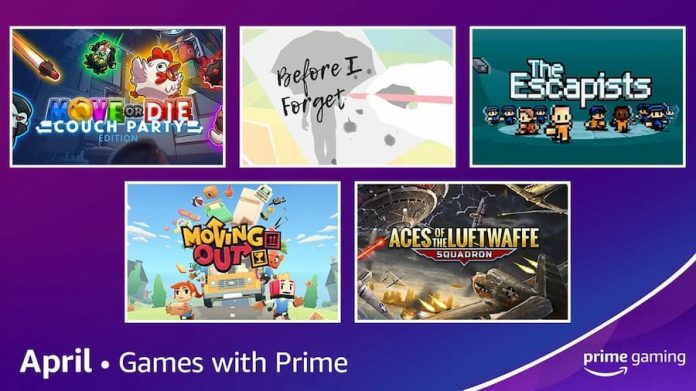 What’s that? Free games on the way? Sign me up!

Prime Gaming is a service that is included with your Amazon Prime account. It gives gives you access to dozens of games totally for free if you’re an Amazon Prime member. In April, five free games are up for grabs, along with free in-game content for a variety of titles.

Prime Gaming’s library is always changing and next month, starting April 1st, players can claim an interesting selection of titles. Once claimed the games are yours to keep forever. Those games are:

There’s a little something for everyone in that group of games – fast-paced multiplayer, strategy, adventure!

Members will also get extra content to use in Fall Guys, Rainbow Six Siege, For Honor, League of Legends, GTA Online, and more.

Also included with Prime Gaming is one monthly free subscription to any Twitch channel. So if you want to support a streamer you follow on Twitch, be sure to utilise this feature for a free subscription.

If you’re an Amazon Prime member, just go to gaming.amazon.com to claim your free games and perks.

You can see a sneak peek of what April has in store on Prime Gaming in the video below: