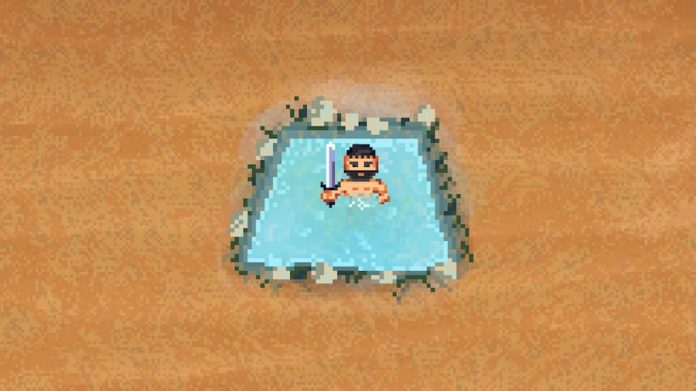 Sometimes, the most simplest of concepts are the ones that get us hooked the quickest.

Gamecraft Studios’ For Sparta is one such game. Developed by a team of two brothers, it’s a very simple concept. As Leonidas, King of Sparta, you have only one goal: kill everything and survive for as long as possible. It’s a single-screen wave-based brawler that continuously intensifies; each new wave introduces new enemy types hoping to send Leonidas to an early grave.

For Sparta is basic in appearance, but its pixel art is more than adequate. Its army of foes are excellently designed, each with their own attack patterns that players must learn to anticipate and respond to accordingly. There are snakes that charge in a straight line across the screen, for example; and shielded warriors that will only open up and attack if you get close enough to them. Enemies that fire projectiles may be the worst of the bunch, requiring you to dodge and dance around the screen, bullet hell style.

Presented as a Rogue-like, For Sparta‘s gameplay takes place in days, with each day seeing a number of waves of enemies spawn. At the end of each day, should you survive, you’ll have the chance to spend any collected currency on upgrades and perks. Some of those are simply helpful in the moment, like refilling your health. Others will permanently improve your damage, or change your ranged attack from a simple arrow to a deadly fireball. 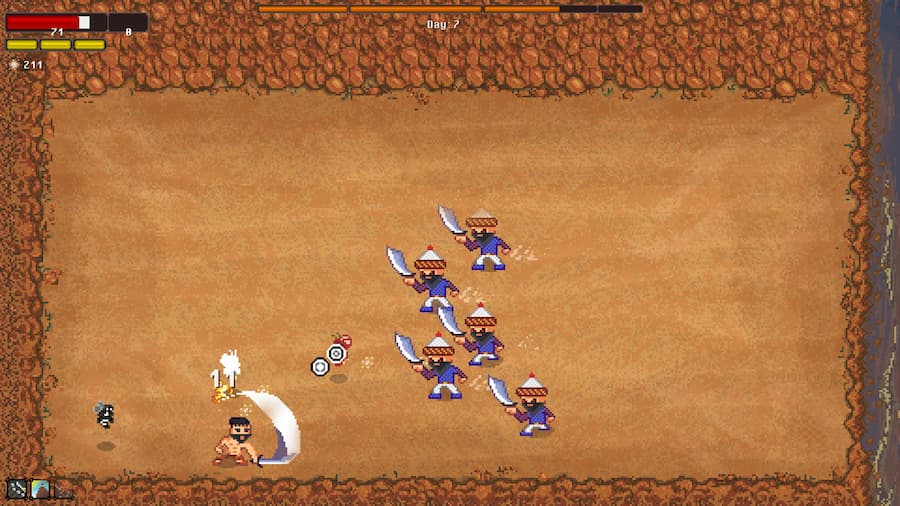 The longer you survive, the more interesting For Sparta gets thanks to the huge amount of upgrades available. But surviving isn’t always easy. Your health doesn’t automatically refill, for instance; you’ll need to count on a decent upgrade dropping to restore you. And the selection of enemies you’ll find yourself up against is random every time, too. Some monster types are much easier to deal with than others.

For such a simple concept – and one that costs only £1.99/$1.99 on Steam, For Sparta is an enjoyable romp. You might not play it for hours at a time, sure, but it’s the sort of pick-up-and-play game that will suck you in. “Just one more go” will more than likely turn into a dozen before you tire of slashing your way through wave after wave of deadly foe.

For Sparta is available now on Steam.