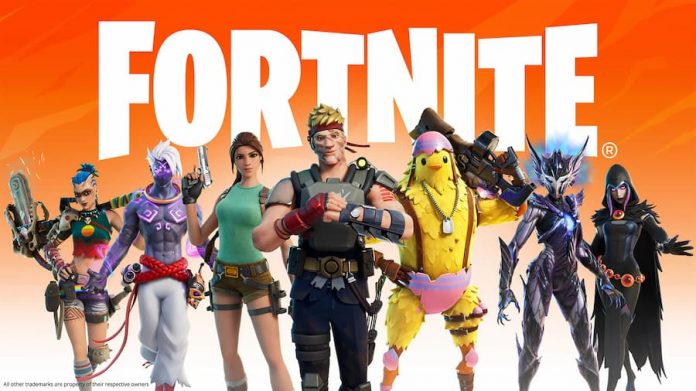 Fortnite Season 6 Chapter 2 is in full swing and things look pretty different this time around.

After the Zero Point finale, things are looking a bit strange in Fortnite now that Season 6 Chapter 2 has launched. Players will have to play through an opening sequence where the Zero Point is sealed and a large spire shows up in the middle of the map.

But the game map isn’t the only thing that’s changed in the game. Check out some of the other big changes below.

You won’t find many weapons that you’re familiar with when you log back into Fortnite after this update. Now if you want to get really good weapons you’ll have to craft them using mechanical parts, animal parts and more.

There are two new types of weapons: Makeshift Weapons and Primal Weapons. Most Primal Weapons aren’t upgradeable, it’s the makeshift weapons that you’ll definitely want to try and upgrade if you can. Upgrading a Makeshift Weapon will make it more powerful and some of them will turn back into guns that players are familiar with.

New to Fortnite this season are bows that you can craft into special versions, such as grenade bows, stink bows and shockwave bows.

There are a few different forms of wildlife that have shown up around the island including boars, chickens, frogs and wolves. Killing animals gets you animal parts to use in your crafting but you can also tame wolves and boars to help you during matches.

Both wolves and boars are aggressive so you’ll want to be careful taking them on. Frogs give players the materials they need to craft a stink bow.

New Outfits in the Battle Pass

As you might expect, Fortnite has a new Battle Pass which players can purchase for 950 V-Bucks in the in-game store. This Battle Pass adds new emotes, sprays, skins and more.

Some of the new outfits in the Battle Pass include Lara Croft, Cluck (an Easter Chicken), Raven from Teen Titans and a handful more awesome additions.

These aren’t the only changes made to Fortnite during Season 6 Chapter 2, so jump out of the bus and head down to the map to check out what’s changed.