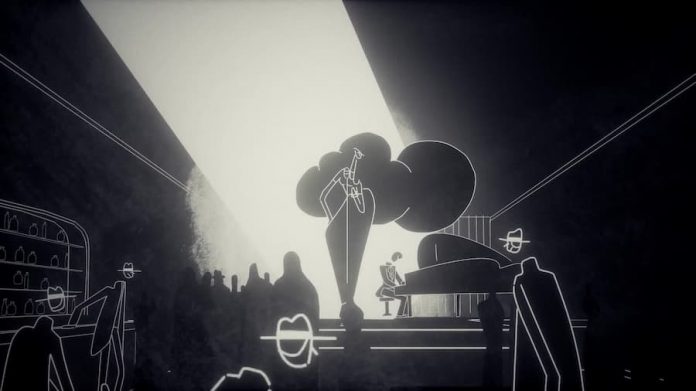 Things aren’t always simply black and white. Although, I suppose, in the case of Genesis Noir, they sort of are.

Sometimes you come across a game that is so unique you can’t help but admire every last detail. And despite its ambiguity Genesis Noir is exactly that: unique. Published by Fellow Traveler and developed by Feral Cat Den, Genesis Noir is unlike anything I’ve ever played. Almost like jumping into a strange dream, this tale draws you in, keeps you hooked and confused, and makes you stretch brain muscles you didn’t even know you had.

Genesis Noir is presented in monochrome with varying shades of black and white (with one or two other colours snuck in there). It’s a classic choice for any noir story. Initially, you take on the role of a man dressed like a detective – but as you advance through the story, he changes. First, the man stands on a street corner selling watches to passers-by. When one man steals a watch you’re forced to chase him down. You enter an apartment looking for him and there he is, aiming a gun at a woman from your past – a beautiful singer.

That’s when time stops and you spend the rest of the game trying to stop this event – “the Big Bang” – from happening. I’ll avoid saying anything else specifically about the story partly to avoid spoilers, but also because Genesis Noir is best played completely blind so you’re surprised by its twists and turns. You might find yourself confused by the thought-provoking story, but the game is all about tapping into your own perception of the events and interpreting for yourself what’s going on.

You’ll play through multiple levels, each with their own unique twists, puzzles, mechanics and characters. One of the best – and worst – part of the game is its puzzles. It’s a lot of fun figuring out what you’re meant to be doing, but discovering a solution can also be incredibly frustrating. There were several times I got so stuck that I had to turn off the game and walk away for a while. But, just like anything, when the solution becomes clear you’ll be satisfied and on your way to take on the next puzzle with more determination than the last. 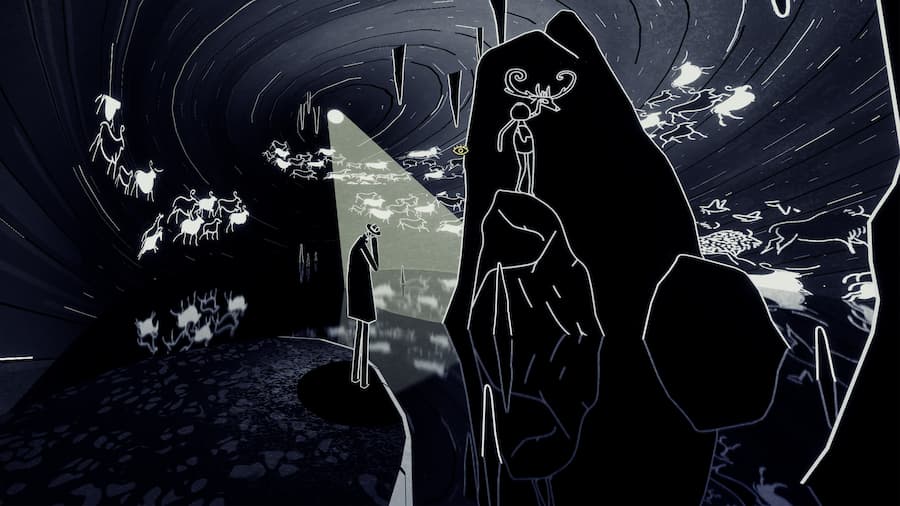 What Genesis Noir lacks in colour, it makes up for in dynamic environments that move and breathe as you play. Each location is different from the last; perhaps you’re in space, surrounded by stars, walking on what looks like a panel of glass that you can see your reflection in. Another time you’ll be floating in the air, blowing music notes through a saxophone you didn’t even know your character could play. Discovering what each new area has to offer is reward enough for solving the game’s trickier puzzles.

The more of Genesis Noir I played the more it reminded me of games like Kentucky Route Zero where you have to really dig deep in order to interpret what it’s trying to tell you. Genesis Noir encourages you to ignore any previous gaming experience you have. Interact with things that don’t look like they should be interacted with. Spin around and notice how the backdrops move with you. It isn’t just about letting your character move around; it’s about the entire picture and taking the time to notice those small details. 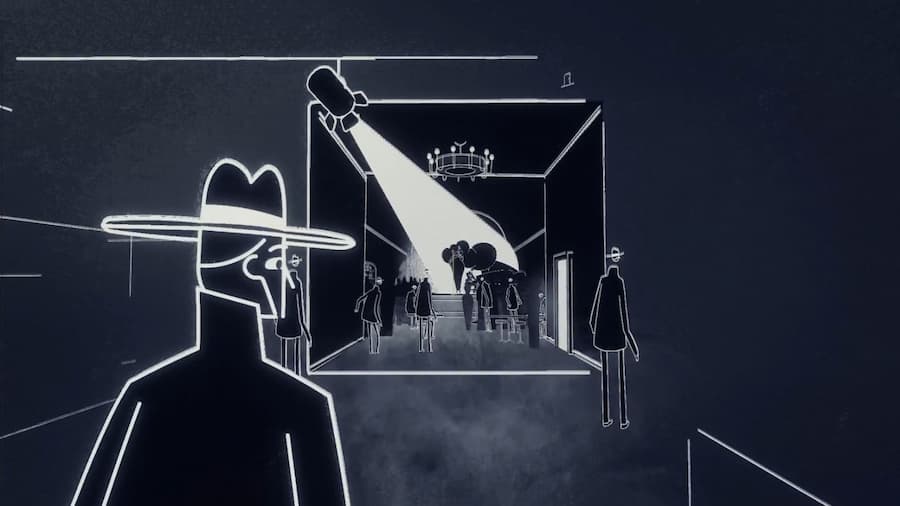 To put a genre pin in Genesis Noir is an almost impossible task. When you’re walking around and interacting with your environment, it feels most similar to a point-and-click adventure, but it’s really a handful of smaller games within a bigger picture. And while some of those smaller ‘games’ seem unrelated to the story, when you find out how they connect, you’ll have a few lovely “a-ha” moments. There’s music, intrigue, constellations and bubbles – a combination that makes for an interesting couple of hours.

Genesis Noir may not be for everyone. You’ll need patience for it – and if you like games that hold your hand, it’s likely not for you. But stick with it, and you’ll find an extraordinary and rare title unlike anything else you’ve played. It’s beautiful, clever, and very tricky in places – but you’ll be thinking about it long after you’ve turned it off.

Genesis Noir is available on PC, Xbox One and Switch. We reviewed the game on PC with a code provided by the publisher.