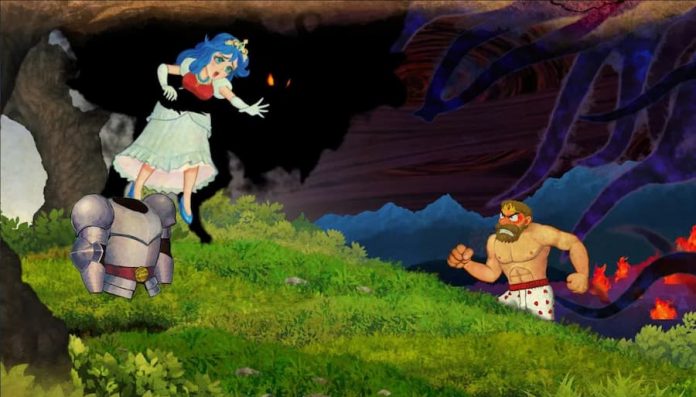 Before playing Ghosts ‘n Goblins Resurrection, there’s an important question to ask yourself: how many times are you prepared to die for love? Hopefully ‘a lot’ is your answer.

Ghost ‘n Goblins Resurrection presents the same old story with a wonderful new makeover. In a far away land, everything is peaceful – so much so that a brave knight and a princess enjoy a folic on the daylight sun. But then disaster strikes; a demon appears and sweeps the unfortunate princess away. And so the the knight, Arthur is his name, springs into action, donning his armour in order to rescue the princess who he’s grown rather fond of. It’s not going to be an easy task, however. He’ll have to battle through numerous zones, overcoming perilous platforming challenges, fiendish bosses and a horde of lesser demons and undead along the way. For him it’s an ordeal. But for us, it’s a good, old-fashioned 2D platformer with snazzy new visuals.

Anyone that has ever played a game in the Ghost ‘n Goblins series before will feel right at home with this latest iteration. As ever, Arthur’s primary weapon is his lance, which he throws at enemies with reckless abandon. If Arthur is capable of uncovering a hidden chest, however, he can break it open to reveal one of many other weapons to use against his adversaries, such as daggers, giant balls or even bottles of holy water. Each weapon has its own strengths and weaknesses, so which one you pick up has to be carefully considered. Though play your cards right and you might be able to snag more than one weapon, flicking between them with the push of a button.

You see, bringing Ghosts ‘n Goblins’ formula a little more up to date has resulted in the inclusion of an upgrade system of sorts. As you battle your way through Ghosts ‘n Goblins Resurrection‘s stages, you’ll often encounter cute little spirits; collect them, and you can then exchange them for spells and other useful abilities. With some spirits under your belt, you can call forth lightning to decimate your foes, turn them into frogs, or indeed unlock the ability to carry more weapons. Every upgrade is helpful, and the system itself a good way to get you to revisit previously completed stages to grab any spirits you missed the first time around. 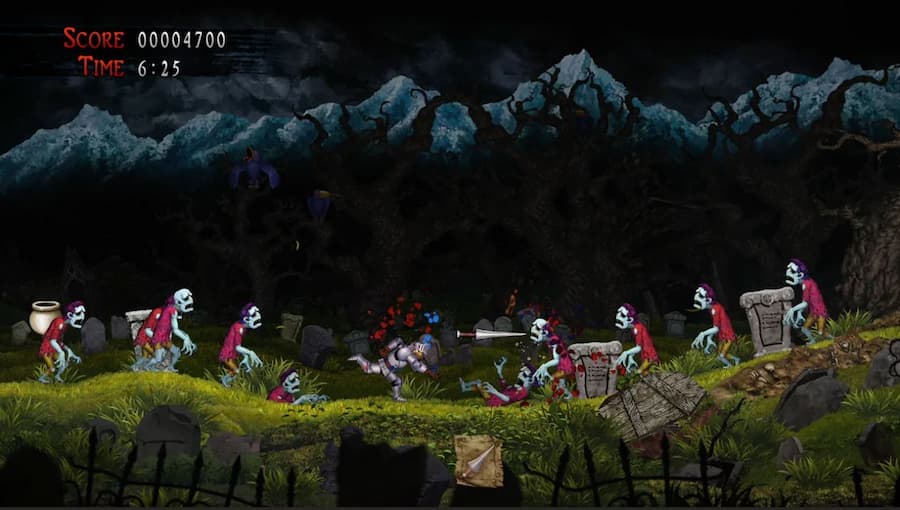 Depending on the difficulty you’re playing on, however, not all of the spells and abilities may be available to you. In fact, if you play Ghosts ‘n Goblins Resurrection on its easiest difficulty, Page, you can’t even fully complete the game. You’ll battle your way through a handful of stages, beat an imposing final boss and save the princess, but there’ll be unfinished business. To get the true ending you’ll have to play through the game again, completing remixed “Shadow” stages. The catch is, they won’t unlock unless you’re playing on a higher difficulty.

And so here’s the issue: Ghosts ‘n Goblins Resurrection is ludicrously hard. I would say unfairly so, much of the time. Enemies are relentless, coming at you from all angles with many of them endlessly respawning. On top of that, you have your slow movement to contend with, as well as stages that continually shift and break to keep you on your toes. It’s a lot to take in, and with Arthur losing his armour with each hit he sustains until he’s down to his undies, it never takes too long until you’re dead. There’s a lot of trial and error involved in some gameplay segments too, such as one in which you ride a sequence of dragons to your destination. 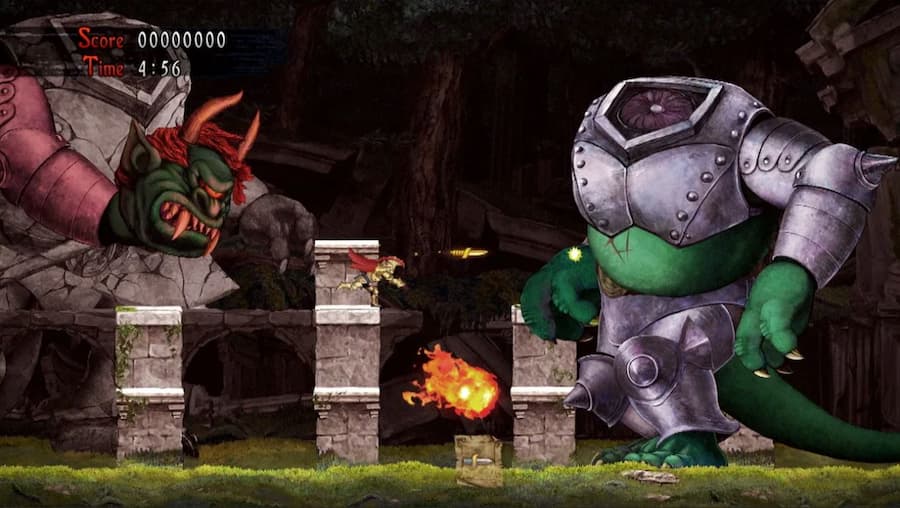 Some players will revel in the challenge that Ghosts ‘n Goblins Resurrection provides, especially those with a fondness for the original games in the series. And, having gone back to play the original Ghosts ‘n Goblins thanks to Capcom Arcade Stadium, also recently released on Switch, I was reminded that it was perhaps even more troublesome. At least with this new version there are checkpoints along the way, breaking up each stage into numerous bite-sized chunks. The life system is gone too, so as long as you’re happy to keep plugging away, with persistence pretty much any challenge can be overcome.

And chances are you’ll want to, as Ghosts ‘n Goblins Resurrection is a charming game at its core. Thanks to the RE Engine and some wonderful art direction, it genuinely is a treat for the eyes, filling the screen with interesting enemies and environments oozing with detail. Whether you play docked or handheld, the picture quality is crisp; and performance, while not perfect, is pleasingly smooth. Throw in an enjoyably retro soundtrack, and you have a game that’s easy to fall in love with – even if its difficulty does drive you up the wall at times. 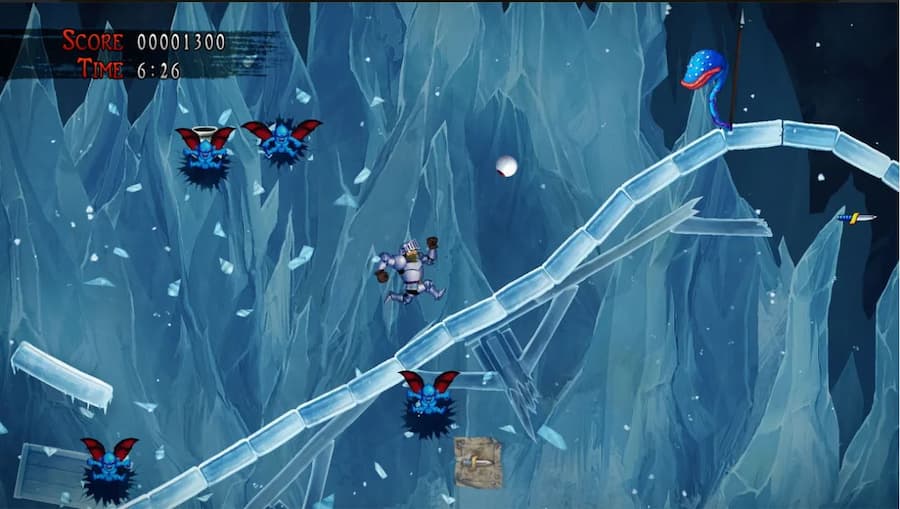 Still, I can’t help but feel that more should have been done to make Ghosts ‘n Goblins Resurrection more welcoming to modern audiences. I found myself wishing that Arthur could throw his weapons diagonally, for example, and that the various difficulty levels were better tweaked for their target skill level. The easiest difficulty is still fiendishly tough, for example, but it’s made manageable by allowing you to respawn when you die rather than taking you back to a checkpoint. You simply can’t fail as long as you’re persistent, making it feel more like you’re cheating than playing at a reduced skill level.

The general difficulty of Ghosts ‘n Goblins Resurrection is ultimately what will make players either love or hate it. If you have treasured memories of playing earlier games in the series and yearn for another adventure with Arthur, go to the eStore and buy Ghosts ‘n Goblins Resurrection right now. You’ll likely become besotted with it, you really will. If this will be your first Ghosts ‘n Goblins rodeo, however, be wary before you part with your money. It’s an experience that can feel like heaven or hell depending on your perspective. Put it this way: it makes Dark Souls seem like a walk in the park.

Ghosts ‘n Goblins Resurrection is available on Switch. This review was facilitated by a review code provided by the game’s publisher. 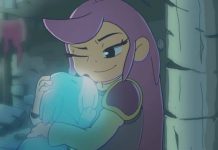 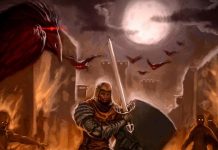 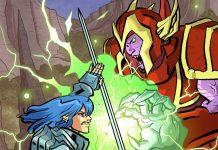