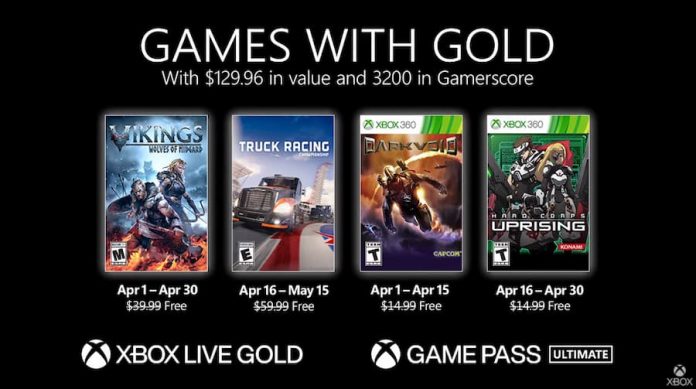 The four games will be available on Xbox One and Xbox Series S/X, free to download and keep for anyone with an Xbox Live Gold or Xbox Game Pass Ultimate subscription. The games are:

Truck Racing Championship, which we reviewed here, is probably the best offering. We called it “a surprisingly good racer” and awarded it an 8 out 10, noting that truck racing wouldn’t be up everyone’s street.

We were less impressed by Vikings: Wolves of Midgard, giving it a very average 5 out of 10 and explaining it “isn’t terrible, it’s just not particularly good, either. It looks nice, but its gameplay facets are lacking a lot of polish.”

Naturally, with March drawing to a close, today’s your last chance to get your hands on March’s Games With Gold. Going into April, these new titles aren’t going to set the world alight, especially when you consider February gave us Gears of War 5 and Resident Evil. Maybe if we build a giant wicker man in Minecraft it’ll give May’s gaming harvest a boost.