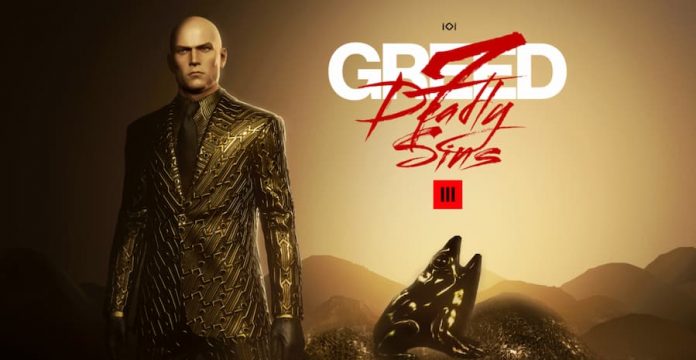 Agent 47 is back and this time he’s Brad Pitt!

Okay, not entirely, but we wouldn’t be surprised if Hitman 3’s 7 Deadly Sins DLC ends up with his handler Diana’s head in a box, or his own head. Because, going by the trailer, this new seven-level paid DLC bundle takes place at least partially in 47’s imagination.

The DLC’s levels are all themed around one of the seven deadly sins with the first being greed. Does this mean we’re getting seven new locations to explore? Unfortunately not. This isn’t like Hitman 2, where people who bought the season pass got two extra locations. Instead, it’s set to take a leaf out of Hitman’s book and reuse the existing levels.

That’s not necessarily a bad thing, though, it still depends on how much the new content alters these levels. One of Hitman’s levels put a film set slap bang in the middle of Sapienza and included a wealth of new NPCs and NPC routines and it almost felt like a new location. However, while the trailer shows 47 walking around Dubai, it’s not clear how heavily this new DLC is going to alter existing levels. If it’s just a few minor props here and there we’ll be seriously disappointed, as much as we enjoyed Hitman 3.

We won’t have long to wait to find out. Greed arrives March 30th, priced at $4.99 or $29.99 for the entire bundle of seven levels, Pride, Wrath, Envy, Lust, Gluttony, and Sloth. In the meantime, you can watch Greed’s trailer here.