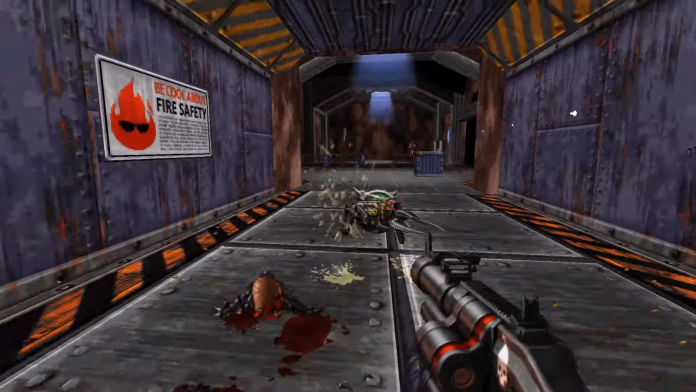 Yes, Ion Maiden still does have more of a ring to it but after the fuss a certain British metal band kicked up, we were never going to get that name back. Ion Fury makes use of an enhanced version of the Build Engine, used by Duke Nukem 3D, Blood and other 90s shooters. The difference is that Ion Fury was released in 2019 with the intention of evoking that same 90s feel.

Now, a couple of years later, it’s getting a new downloadable expansion, Aftershock, which will feature more retro shoot-em-up action from Voidpoint, developers of the original title. It could be something to look forward to if you’ve got fond memories of Duke Nukem 3D, Shadow Warrior and their ilk.

The problem is we weren’t all that impressed by Ion Fury. so we won’t be champing at the bit. We got our hands on the original PC release and the console port and, reviewing the latter, we wrote, “The underlying problems with Ion Fury, however, are that its levels quickly blend into one another, and it introduces new enemies at such a slow pace that it struggles to hold your interest.” Hopefully Aftershock can fix some of those issues. The speedboat section shown in the trailer and the promised new weapons should help in that respect

There’s no exact release date for Ion Fury: Aftermath, but it should arrive on PC (and presumably consoles) some point this Summer. 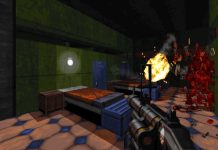