Stadia’s loss is Sony’s (and our) gain; Raymond, who also founded Ubisoft Toronto, has founded an in-house Sony development team, New Haven Studios. She left Stadia when the company decided to axe its internal development team. Was that a bad move for Stadia? Time will tell, but Jade Raymond’s moved on and, with Sony, is already working on a new IP at Haven Studios.

“True to its name, the studio’s games will serve as havens for players,” reads the press release, skimming over the fact that a small but significant portion of players are just the absolute worst, as Raymond knows from past experience. There’s no hint of what the new IP might be, whether it’s new new, or a resurrected property that Sony haven’t touched in a while. We were hoping for a Siren Blood Curse 2 but, with the demise of Sony Japan that’s gone from unlikely to almost impossible.

Aside from Assassin’s Creed, Jade Raymond has worked on Watch Dogs, Splinter Cell: Blacklist and more. You’ll eventually be able find out more about Haven Studios (though not the mystery IP) at the studio’s website. 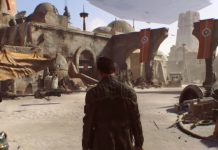