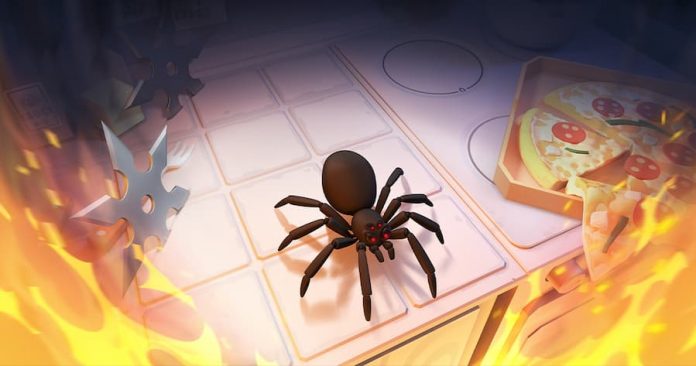 Kill It With Fire isn’t advertised as a horror game.

In my opinion, though, it’s the scariest one I’ve ever played. Not a single game in my entire life has ever made me feel as viscerally nauseous as the brilliant monstrosity that Casey Donnellan Games has created. Because spiders. The eight-legged menace. The silent attacker. Those creepy crawlies that make webs right under our noses. Gross, icky spiders.

I suppose for the rare person that doesn’t fear spiders, Kill It With Fire might just be a fun little game where you get to break and burn stuff. But for the rest of us, this action game is absolutely terrifying. You play as an unnamed exterminator tasked with hunting down the spiders in a variety of locations and killing them with any means necessary including, but not limited to, fire, guns, shurikens and C4. Thankfully, you’ve got a spider tracker that helps you locate where some of them are in each level, but that doesn’t mean you won’t scream when they come crawling out of closets and drawers.

Kill It With Fire has a really great tutorial that teaches you everything you need to know for your spider-hunting future. You start with just a clipboard to squish them with, but it works perfectly fine to start. The clipboard is also the place that tells you what your goals are for each level. Usually this involves finding a certain number of things around the area, destroying items or killing the spiders in a specific way. It’s only when you uncover the hairspray/lighter combo that you realise how wonderful your work can really be.

Fire is by far the best way to kill the creepy crawlies, but unfortunately your hairspray only has a certain amount in the bottle so you’ll have to use other weapons to take out your spider foes once that runs out. The hand gun’s my least favourite because you have to be pretty accurate – and that means getting close – but there are other weapons to choose from, each with their own benefits. 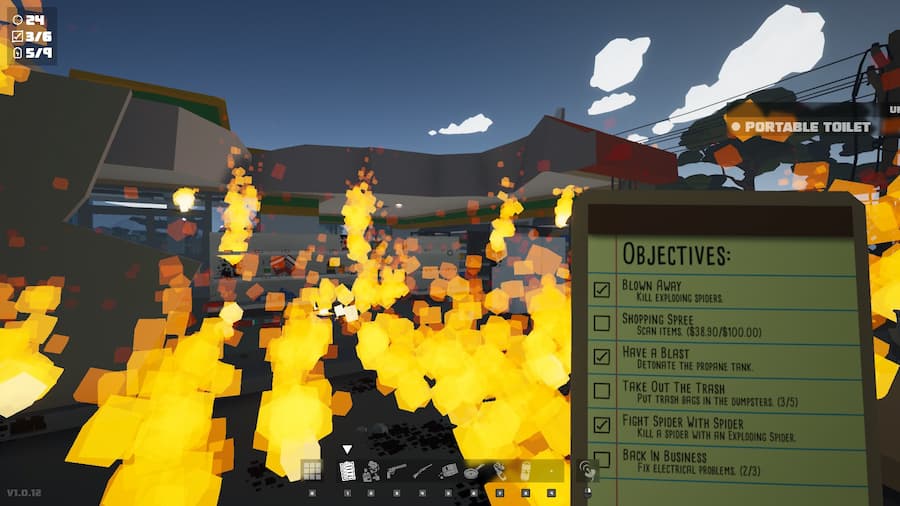 Each of Kill It With Fire‘s levels has a time trial that you can unlock by finishing each of the other missions in the level. These challenges are called “arachno-gauntlets” and have the players completing some more complicated missions. I liked using the arachno-gauntlets as a way to practice with some of my new weapons and see what they did. This is how I discovered that throwing cheese puffs on the ground would lure spiders to the area.

We all know that music has a way of making us feel things, and Kill It With Fire has possibly the most cruelly sinister soundtrack ever. It makes you feel like there’s a serial killer right behind you – or someone watching you outside the window. It pairs perfectly with the sound of the skittering spiders that are surrounding you. A word of warning: don’t play with headphones if you’re not a fan of spiders. 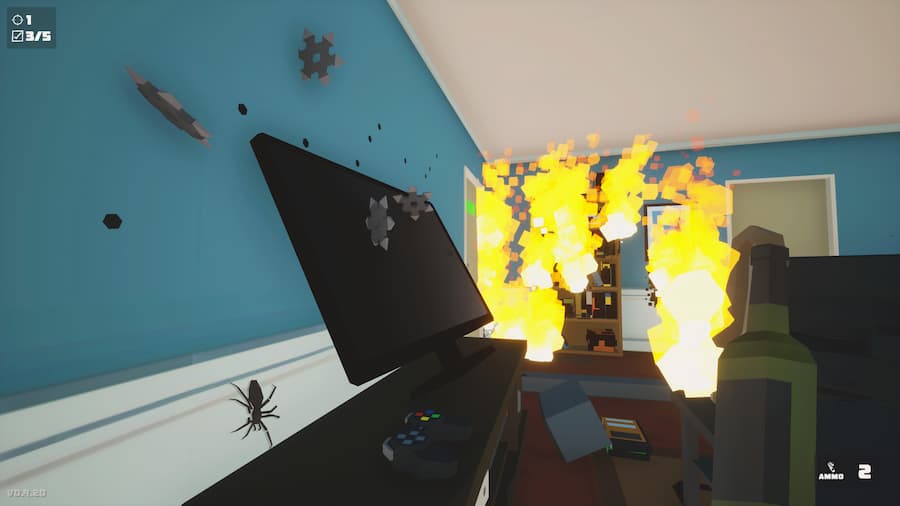 Imagine the face you’d make if someone shoved rotten food under your nose; that’s the face I was making for the entirety of my playthrough of Kill It With Fire. I hate spiders. I hate them, I hate their webs, I hate their stupid legs and the way that they show up in every scary video game as if it’s a requirement. But rather than disgusting me to oblivion, Kill It With Fire turned out to be a great way to finally get a little bit of revenge on these creatures. Sure, it might have involved a lot of screaming and a little bit of crying on my part (just kidding – it was a lot of both), but it’s an hilarious adventure.

Kill It With Fire is a great title, whether you love those eight-legged arachnids or you’re terrified of them. Being able to burn them alive, hit them with frying pans or shoot them with a shotgun is both satisfying and fun. It’s also very easy to pick up and play, so it’s something that everyone can enjoy. Go on – finally get revenge on those spiders that have terrorised your home for so long.

Kill It With Fire is available on PC, PS4, Xbox One and Switch. We reviewed the Xbox One version with a code provided by the game’s publisher. 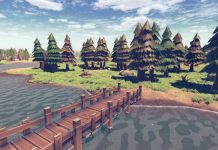