Even after 100 hours, chances are you won’t have seen everything that Assassin’s Creed Valhalla has to offer. Maybe not even after 200. The latest game in the Assassin’s Creed franchise is by far the biggest, and perhaps even the best. In it, you’re cast as Eivor, a Viking warrior who has just arrived in England looking for a new life.

As Eivor, it’s your goal to grow your new village of Ravensthorpe. That means making alliances with nearby towns and settlements, though there’ll be plenty of raiding and combat along the way. Even the main story of Valhalla will take you several weeks to see the end of, playing for a few hours every day. But if you want to see everything the game has to offer – that’s a huge wealth of side quests to complete and many hundreds of secrets to discover – you can expect to be kept busy for months. Not only is it one of the longest games available, it’s also one of the best. 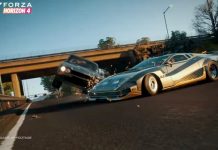 Forza Horizon 4 Will Be Roaring Onto the Steam Store