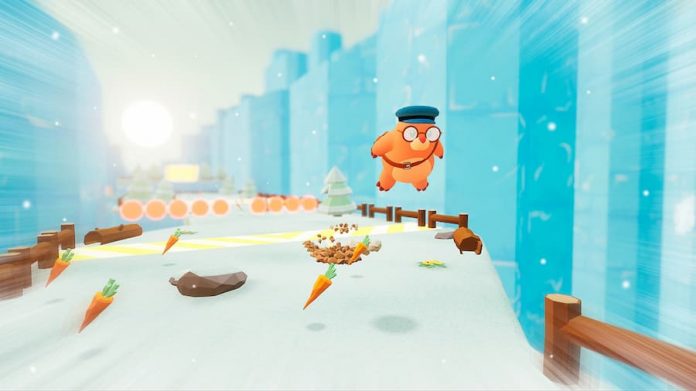 Mail Mole isn’t specifically a game about playing dress-up with an adorable mole, but it’s a fun byproduct.

Putting Molty the mole in top hats, turbans, monocles and a myriad of other accessories is endlessly entertaining, but it’s not why you’re there. No, Mail Mole is, as usual, about saving the day. You see, Molty has to cut his vacation short when trouble breaks out in Carrotland. The power’s gone out, and only speedy delivery mole Molty can help by reaching the mailboxes in the furthest corners of Carrotland. Presumably someone has written some angry letters to the power company, who will then hastily switch the power back on. Or something, anyway. Story isn’t really that important in this fast-paced and colourful 3D platformer.

As Molty, you’ll make your way through a variety of worlds, each with four levels. With a timer on each, you’re coerced into going as fast as you can, with bronze, silver and gold medals up for grabs if you beat the target times. There’s reason to go back and play each level multiple times, though, with hidden turnips to be found and numerous carrots to collect – both of which you’ll need if you wish to buy those extra outfits for your moleish hero.

Some levels are more open, so rushing against the clock is a bit of a challenge as you work out which way to go. Others lead you down a very linear path, often encouraging speed by laying booster pads in your path. Unlike most other platforming games, there are no enemies to thwart you in Mail Mole‘s levels; you’ll only need to watch out for environmental dangers like pitfalls, disappearing platforms and spikes. But that’s all quite enough to contend with; Mail Mole‘s later levels do get rather fiendish, and with only one checkpoint in place, getting to the end sometimes requires a fair bit of patience.

For the most part though, Mail Mole‘s short levels are fun to complete. Most can be completed in under five minutes – and many in less than 60 seconds if you’re going for gold. It’s a game of speed and dexterity as you hop from platform to platform, holding down the ‘boost’ button to give yourself a modicum of extra speed. What sets Mail Mole apart from other games in the genre is his movement. Molty’s a mole, if you hadn’t gathered that already, so he spends most of his time underground. You’ll see his little mud trail as you move along, and he’ll only pop out when you hit the jump button. 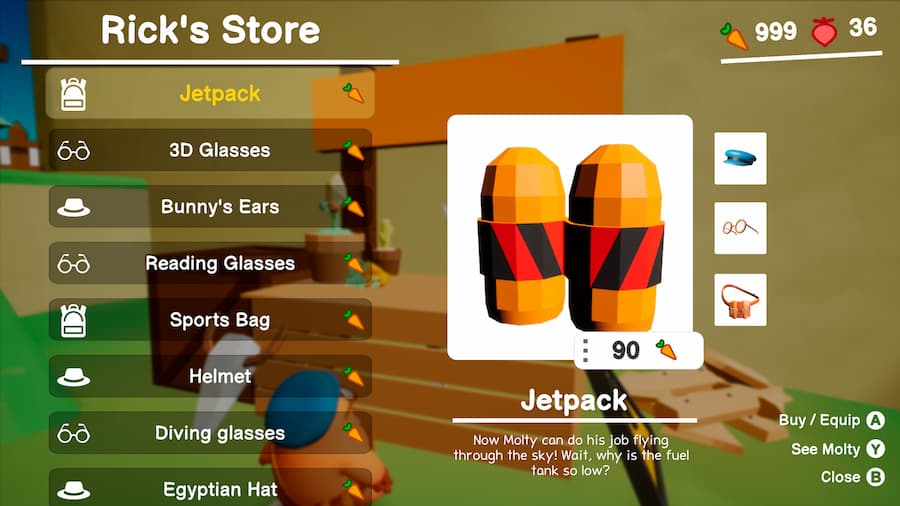 That jump isn’t always as precise as you’d like it to be in a game that requires as much speed and precision as Mail Mole, however. Sometimes, your button pushes don’t register, or Molty won’t move quite as you expect him to. It can lead to some unnecessary frustration, especially if you’ve not yet reached that one checkpoint. Most of the time, though, you can attribute your failures to your own mistakes, and usually a bit of practice is all it takes to reach the end.

Between Mail Mole‘s levels, Molty will come up against a boss – the only enemy you’ll have to face off against. There’s no direct combat, however; Molty will damage him by making his way around a platforming circuit, triggering a number of switches. With no checkpoints at all, these boss levels can be particularly fiendish, throwing at you the trickiest obstacles you’ve come across in the main levels – platforms that switch position when you jump, disappearing walkways, rolling spikes. Oh, and the boss continually fires bullets at you. No pressure at all, then. 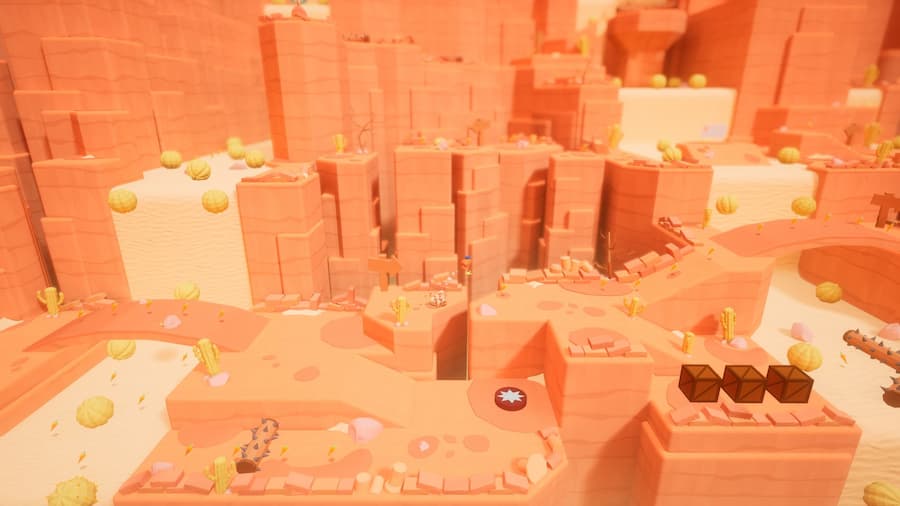 Mail Mole isn’t much to look at, but its basic visuals are pleasant enough. There’s a nice variety of worlds to explore, though you’ll find all the usual suspects here; an ice world, a spooky world, an underground world, a beach world. The short and quick-paced levels mean that no particular element ever outstays its welcome, though, even if you do decide to go back to round up those collectibles.

If you’re a fan of 3D platformers, then Mail Mole is definitely worth your time. It’s no Super Mario Odyssey or Super Lucky’s Tale, but it hits plenty of the same notes, offering a fun and inoffensive adventure that’ll provide several hours of entertainment. Plus, considering its budget price ($15/£12.50), most of its missteps can be forgiven. And who doesn’t love a mole in a fancy hat?

Mail Mole is available on PC, PS4, Xbox One and Switch. We reviewed the PS4 version of the game (played on PS5), facilitated by a code provided by the publisher.