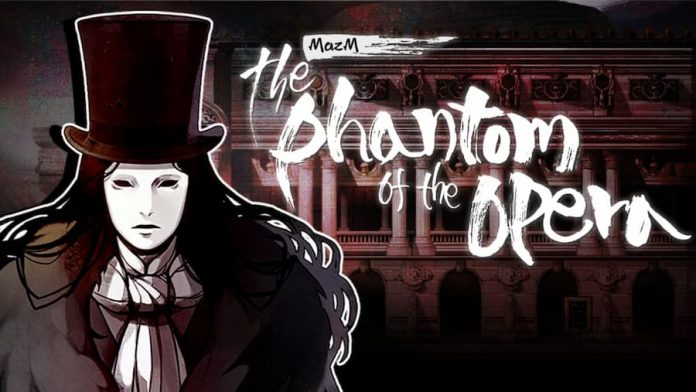 Many of us probably already know the story of the Phantom of the Opera.

It’s a mysterious tale of jealousy and obsession but above all, love. The story has been told in a dozen different ways, and MazM: The Phantom of the Opera from developer Growing Seeds tells it differently still. It follows a handful of different characters but centres around Christine, a young opera singer who catches the eye of the phantom of a Parisian opera house.

MazM is more like a visual novel than anything else. There’s a lot of conversations between the characters which help build the story and backstory. The game starts decades after the Phantom haunted the opera house. There is a detective trying to figure out what happened there all those years ago. You’ll investigate, collect clues and learn everything there is to know about the Phantom and his victims. You’ll also jump to characters that were there when it happened and get their perspective on this haunting.

In between the game’s dialogue you’re able to walk around freely as chibi versions of the characters. You have free reign to wander, pick up clues, talk to other characters and more. If you want more information on what you’ve collected you’re able to utilise an encyclopaedia of sorts, where loads more details on the characters are stored. This is where players are able to learn more details that the game’s dialogue and events don’t reveal. 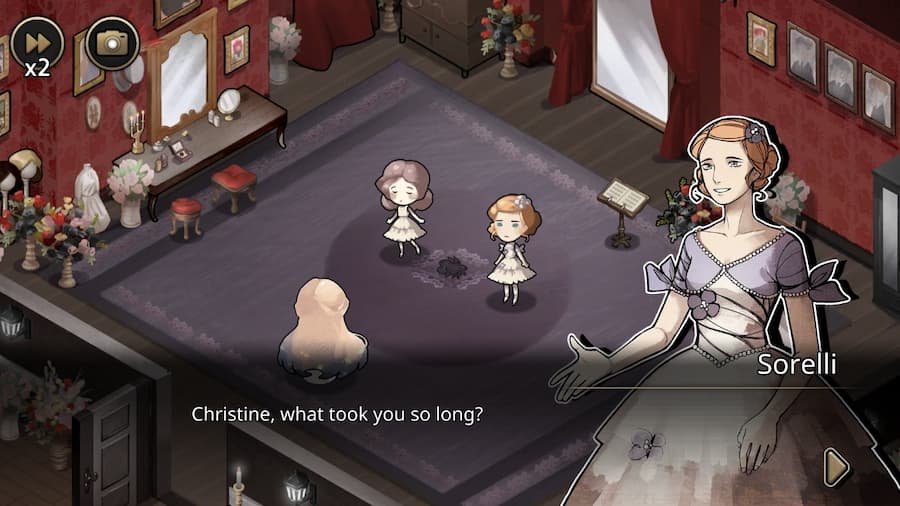 Like any adaptation of a classic, MazM: Phantom of the Opera takes some liberties with the story but nothing that is too intrusive on the original. Characters that might have seemed insignificant are given more of a role here, and there are also some characters that act a bit differently then they usually do in the story. Still, despite these small changes, the story doesn’t feel unfamiliar and you’ll still get goosebumps when the Phantom shows up.

As to be expected, the game’s music is phenomenal and perfectly reflects the era in which it is set. You’ll enjoy classical opera music as you walk down the quiet halls of the opera house. The artwork is also not to be overlooked: the opera house is beautifully designed as are the characters. Their chibi versions are adorable, too, and everything comes together quite cohesively. 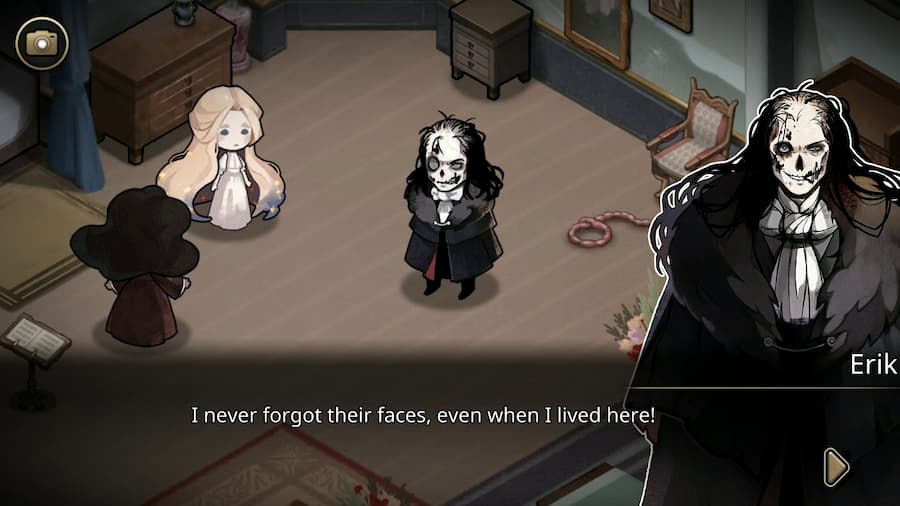 MazM: The Phantom of the Opera is an entertaining, story-driven adventure. While there are kinks that need to be worked out in regards to the gameplay itself, fans of the story will enjoy this adaptation. Some parts of the story are a bit different that players might expect but, in general, it remains faithful to the original and it’s a fun way to experience a classic.

MazM: The Phantom of the Opera is available on Switch and PC from 25th March.