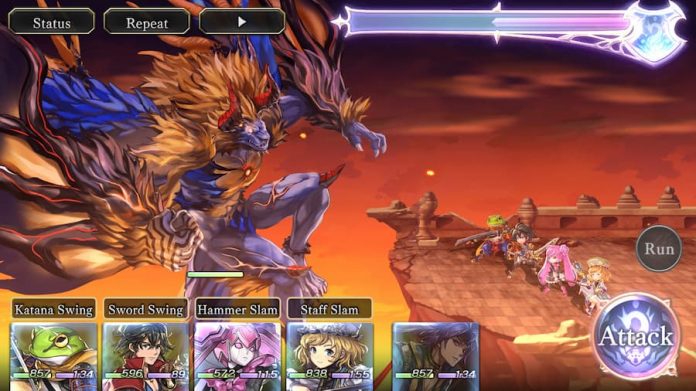 Another Eden: The Cat Beyond Time and Space, a formerly mobile-only JRPG, is getting a PC port.

Okay, the words “mobile JRPG” might not fill you with excitement; when we here about any mobile game we suspect there are microtransactions crammed in somewhere, but Another Eden looks a bit special. It’s from the mind of Masato Kato who wrote the script for the absurdly acclaimed Chrono Trigger and also had a hand in Final Fantasy XI, Final Fantasy VII and XenoGears).

The original mobile game does feature in-game transactions, so we’ll be interested to see how the PC conversion handles that, but it was very well received and, reportedly, lives up to its creator’s reputation. It also looks rather gorgeous, even without the PC’s improved resolution, so it should be absolutely spectacular when it hits Steam. The game will feature over 100 recruitable party members. There’s probably be a cat too. And some time. And some space.

You can check out the trailer for the mobile release below, or wishlist it on Steam. Another Eden: The Cat Beyond Time and Space will claw its way onto PC this Spring.