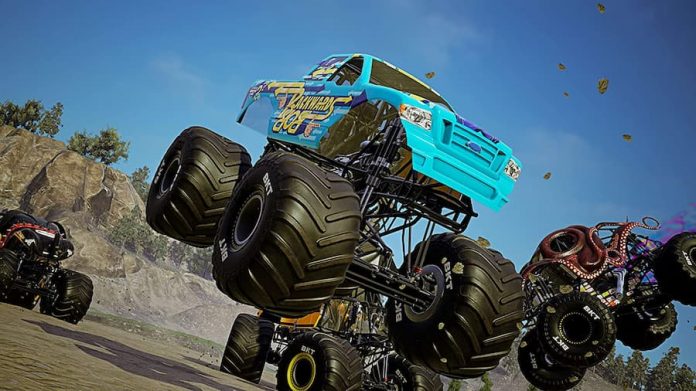 In my review of Monster Jam Steel Titans I stated “the foundations are here for a refreshing and unique experience, but they need building upon and refining”, and that’s exactly what developer Rainbow Studios has done. There’s a lot more meat to Monster Jam Steel Titans 2, and it’s also more playful and polished. If offers the usual stadium events that are full of thrills and spills but are presented in a po-faced manner, yet alongside them are fantastical open worlds and a career that places events within them.

After a brief tutorial to get you up to speed with the basics of driving a monster truck, you’re let loose on the first of Monster Jam Steel Titans 2‘s open areas. And at that point, you’ll only have two very basic monster trucks to take for a spin. To unlock the other 30-odd that are available, you need to put some work in. Each free-roam area has one vehicle you can unlock by locating the secret spot hinted at by a billboard. The rest you’ll have to earn by completing events.

World Career offers 20 chapters for you to work through, each offering multiple events. You’ll find yourself engaged in timed destruction challenges, trick-based freestyle competitions, waypoint races and more, keeping you on your toes from one chapter to the next. And in a strange RPG-like twist, you’ll level up your monster trucks as you go, improving their performance. You can even make use of boost in these events, and special bonuses can be in effect depending on the theme of the vehicle you’ve chosen. It all makes for a fairly enjoyable single-player campaign.

If you like your monster truck action a little more serious, however, there’s The Big Show. This collection of stadium-based championships takes you on a tour, competing in head-to-head tournaments as well as timed destruction, two-wheel skills and freestyle events in each location. You can still earn experience to level up your trucks, but boost and special effects are disabled. Compared to the short and sharp collection of events found in each chapter of World Career though, these championships feel drawn out. Head-to-head races generally just have you going round in circles, while trick-based events don’t differentiate themselves enough from one another to keep you glued to the screen. 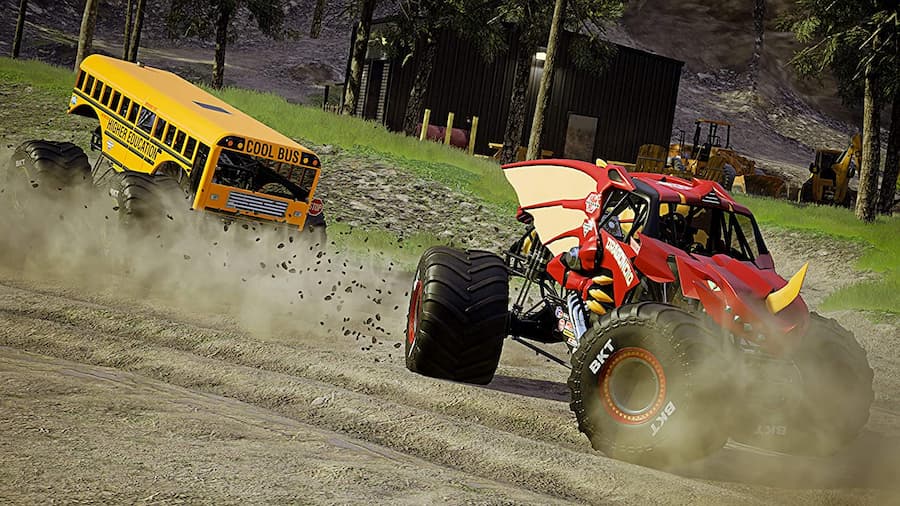 Reaching the end of World Career or The Big Show doesn’t have to be the end of your time with them, as ‘Plus’ versions are unlocked upon their completion. And there’s plenty to do outside of them, too. Each free-roam area has five collectibles for you to find and collect, and there are also secret tokens to acquire for each and every monster truck in the game. Some of these even require you to solve puzzles, or complete challenges. And finally, to unlock the bonus effects unique to each monster truck theme, you need to complete special events. All in all, Monster Jam Steel Titans 2 has plenty to do to occupy your time. There’s even split-screen and online multiplayer.

As ever though, it’s an acquired taste. The unique characteristics inherent to monster trucks mean that racing them outside of a stadium setting can be a frustrating affair. At speed, hitting the slightest obstacle or undulation can have catastrophic results, resulting in a restart being required if you want to nab first place. And when you’re competing in stadiums, succeeding in trick-based events can often feel like more of a case of luck than skill unless you really have mastery of your chosen vehicle. You may also feel that the combo counter often doesn’t register that awesome trick you just pulled off – or at least not in time to keep your combo going. 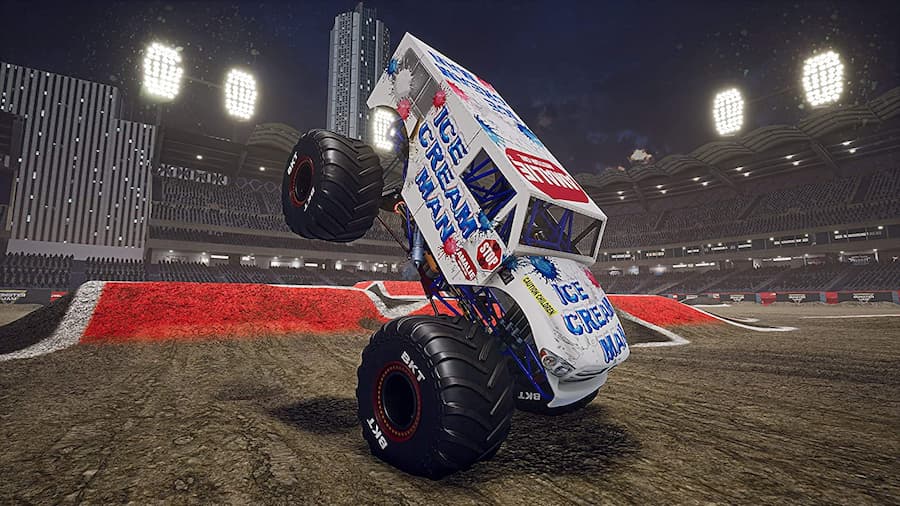 Other than the issues usually attributable to monster truck games, the only other areas in which Monster Jam Steel Titans 2 doesn’t overly impress are audio and visuals. The soundtrack is a bit dire, and you’ll be tired of your AI assistant TINA’s voice from the get-go. On top of that, while the visuals aren’t by any means bad, stadiums are as uninspiring as ever, while free-roam areas can be overly barren in places.

It’s certainly not for everybody, but those who are keen on driving four-wheeled monstrosities in open environments and flinging them around stadiums will be in their element with Monster Jam Steel Titans 2. It doesn’t really excel in any area, but it is one of the best attempts at bringing the joy of driving monster trucks to the video game world regardless. A nice variety of events and activities are on offer, and it boasts what is perhaps the largest number of Monster Jam vehicles to get behind the wheel of yet. It’s by no means essential, but if you’re after a racing game that’s a little bit different, you can do a lot worse.

Monster Jam Steel Titans 2 is available on PS4, Xbox One, Switch and PC. We reviewed the PS4 version (played on PS5) with a code provided by the game’s publisher.