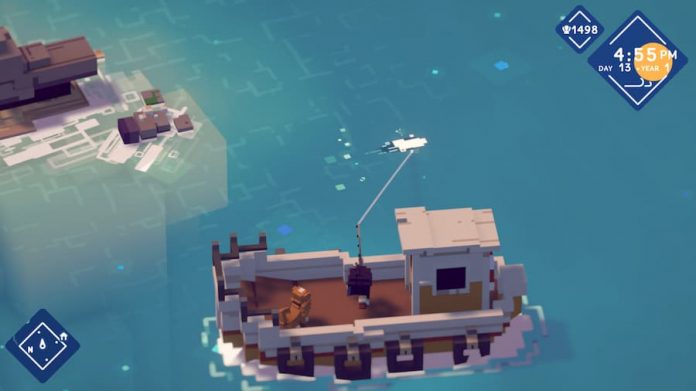 Ever wondered what would happen if Animal Crossing and Minecraft had a baby? No, us neither, but Moonglow Bay could well be the result.

Announced at the [email protected] showcase held on Friday, Moonglow Bay is a cutesy fishing simulator with RPG elements and sporting the chunky, blocky look of Minecraft and its ilk. It starts on a melancholy note, with you honouring your partner’s final wish of starting a business to revive the titular failing town.

From thereon in, you interact with a cast of odd locals, exploring the bay and heading out to see to fish, finding stranger and stranger catches as the game progresses. We’re hoping this doesn’t end with you rousing Cthulhu from his dread slumber, that your late partner was part of some Lovecraftian cult, but we wouldn’t put anything past Moonglow Bay.

The game will sport both single player and drop-in and drop-out multiplayer. You can check out the trailer below or get your hands on Moonglow Bay when it arrives later this year on PC and Xbox. It’ll be hitting Xbox Game Pass immediately so if you’re a subscriber to the service you don’t have to spend an extra penny to go fishing.