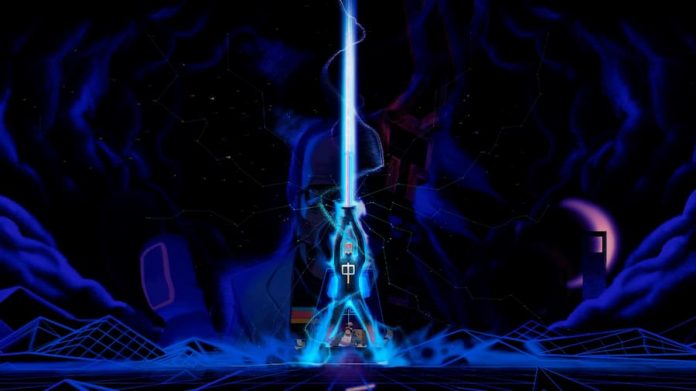 Jump back into the 80s and what do you remember? Cassette tapes, Rubik’s cubes and, of course, the Atari. Those aren’t the only things that remind us of the 80s. Neon lights and wicked music definitely transport us there too. As does retro platformer Narita Boy from developer Studio Koba. The world is pixel perfect, neon and totally bodacious. That’s what they said in the 80s, right? Bodacious? Or was it tubular?

Narita Boy tells the story The Creator. A genius in his time, The Creator has made a console called Narita One. Appropriately, the console’s first game is titled Narita Boy. It is an unprecedented smash hit and sells millions of copies. But when the evil entity called “Him” begins deleting The Creator’s memories within the game’s code, the Motherboard program steps in and launches the “Narita Boy protocol”. That’s where you come in.

This action game takes place in a pixelated dark and neon world where you must fight through hordes of Him’s enemies in order to help restore The Creator’s memories. Because the story takes place within a video game, anything can happen; players will definitely be surprised by some of the crazier things that they encounter as they progress through the game. In the beginning, you’ll try to get some kind of grasp on what’s going on but only progression will give you the answers you seek.

When it comes to gameplay, Narita Boy will feel familiar, especially if you’ve played a lot of action platformers. You’ll be traversing some diverse settings and can jump, double jump, dodge and climb in order to reach the game’s dozens of locations. Once you find the techno-sword you’ll be able to slice and dice enemies as well as use it like a shotgun. Yes, you read that right; the Techno Sword can be both a sharp melee weapon and a powerful shotgun to blow enemies away. The Techno Sword is the only weapon equipped to deal with the terrible foes you’re going to have to face and, as it gets upgraded, it can perform even more exciting moves. Your character also has a few other abilities up his sleeve but I’ll leave those for you to discover. The variety of enemies and bosses on offer, combined with the multitude of ways you can upgrade your abilities, keep Narita Boy feeling exciting throughout. 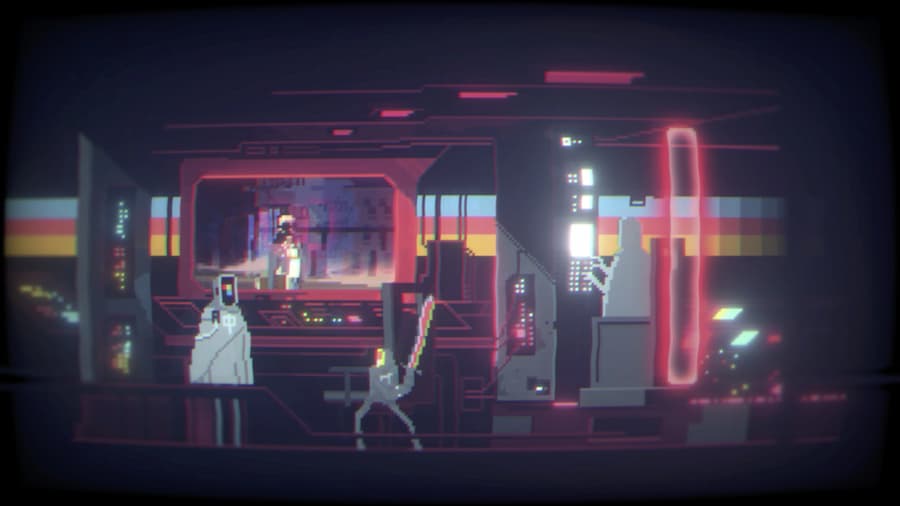 At the best of times, Narita Boy feels like you’re having a fever dream in a foreign country. Things don’t make sense, the world is fuzzy, and people might be speaking your language but their words are just gibberish. I can’t confidently say that its narrative ever makes complete sense, but the longer you’re in that world the more you’ll either understand or not care to because you’re having too much fun. The fever dream-like state you’re in really makes it feel that much more surreal and satisfyingly weird.

The game’s pixel art style fits perfectly to the type of story that its trying to portray. Those that live inside Narita Boy’s code wear long capes so that you can’t see their faces. They convene around televisions playing their own video games, but they’re all knowledgeable about the world around you. These bouncing, anonymous characters breathe life into the game along with its already vibrant backgrounds, music and vicious enemies. 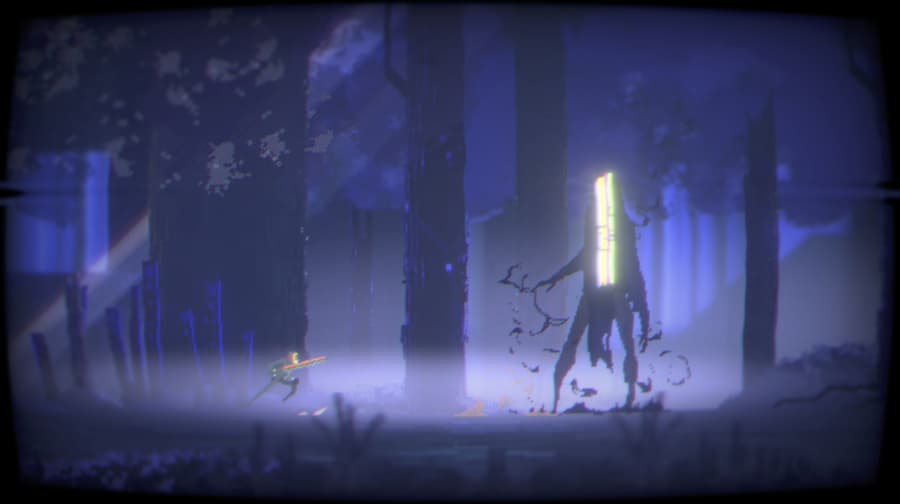 It should be mentioned that, at least for someone who is absolutely terrible at directions, it’s pretty easy to get turned around in Narita Boy. There’s a bit of backtracking to be done, and on more than one occasion I went way past the area that I was meant to. There were also times when I completely missed where I was supposed to go altogether because the game didn’t prompt me that I could go there. If you tend to rush your way around a game, you may well miss an important prompt and end up going the wrong way. But be vigilant of your surroundings and take care – especially when walking past doors – and you should be fine.

There’s no question that Narita Boy is epic. As though it jumped right out of an arcade machine from the 80s, it has exciting, fast-paced combat and some of the most beautiful pixel art that will ever grace your screen. Though the story is rather complex, it does nothing but help fuel the unique tone of the game. You might not understand exactly what’s going on, but when the action is this much fun, it doesn’t really matter.

Narita Boy is available on PC, PS4, Xbox One and Switch. We reviewed the game on PS4 with a code provided by the publisher.