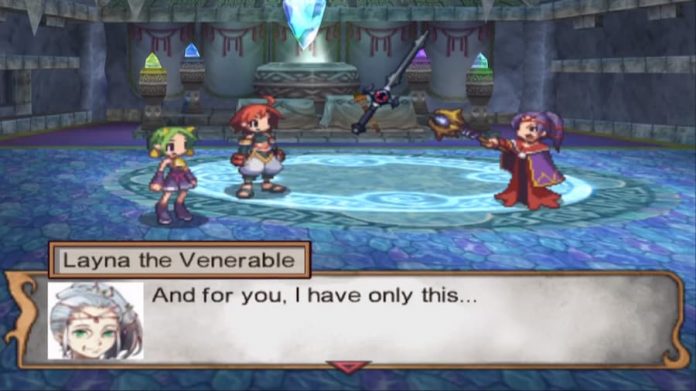 Prinny Presents NIS Classics Volume 1, a new Switch and PC compilation, is bringing back two role-playing games that originally launched on the Playstation 2.

The compilation includes Phantom Brave: The Hermuda Triangle Remastered and Soul Nomad & the World Eaters, both of which were developed by Nippon Ichi Software. Both are tactical JRPGs and both feature protagonists who make terrible decisions like willingly going to a place called The Isle of Evil and accepting a sword that’s almost certainly cursed.

Phantom Brave: The Hermuda Triangle Remastered last saw the light of the day on the PC, itself a port of the improved PSP version of the original Phantom Brave. Soul Nomad, on the other hand, was released on the Playstation Network in 2014 but seems to have since been delisted.

The pair are being made available on the Nintendo Switch and PC as one single bundle and, going by the “Volume 1” moniker, there are potentially more bundles to come. Aside from the vanilla edition, you can purchase a limited edition version of Prinny Presents NIS Classics Volume 1, which features a soundtrack, a collectors coin and more.

There’s no exact release date but the bundle will be arriving some time this summer. You can check out the trailer below to see what’s in store.