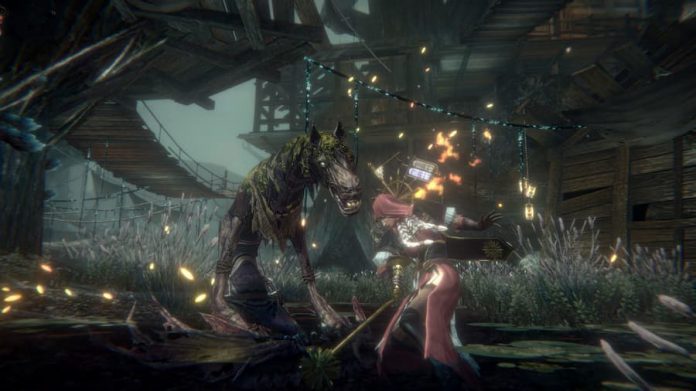 After starting life on mobiles, action-RPG Pascal’s Wager is coming to Steam.

So what have you go to lose? According to 17th Century philosopher Blaise Pascal, eternal torment. No, we’re not saying that skipping Pascal’s Wager is going to send you to hell, but the game takes its title from ‘Pascal’s Wager’, the argument that people should believe in God, essentially betting on the deity existing, since they’ve got more to lose if they don’t.

So does Pascal’s Wager delve deeply into this premise? Probably not – everything we’ve heard about the game suggests the link is tenuous at best. But it does look like an interesting Dark Souls style title, complete with a miserably, gloomy world that you wouldn’t wish on your worst enemy and an array of equally grim weapons.

Dubbed Pascal’s Wager: Definitive Edition, this new iteration of the game brings it to Steam, complete with extra content. The trailer, which you can see below, should give you an idea of what to expect, apart from absolute unfettered misery. You can pick up Pascal’s Wager on PC when it hits Steam this March 12th.