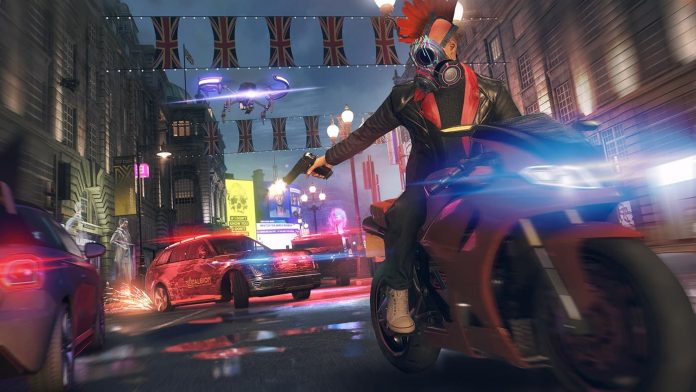 Watch Dogs: Legion is going free to play this weekend, giving you four days to cause chaos and fight facism in future London.

Sorry, did we say “chaos chaos”? We meant “free London from tyranny”; those remote controlled cars just accidentally drove themselves into each other. Nothing to do with us at all, honest, same with those drones just falling on people’s heads. And yes, we did say “four days”; Ubisoft is going with a more open interpretation of “Free Trial Weekend”, with the offer running from the 25th to the 29th of March.

Watch Dogs: Legion might not be everyone’s cup of tea, but it’s an entertaining sandbox that if, you’re in lockdown, at least gives you the illusion of being able to roam a major city. We loved it to bits, saying “the amount of character and life breathed into the city is unrivalled by pretty much any other open world game.”

You’ll also be able to dabble in the recently released online mode, unless you own a PC since Ubisoft are having problems implementing it on that platform. If you do decide to buy Watch Dogs: Legion, it’ll be available at significant discount (typically 50% across all digital stores). Stadia aside, you’ll need to download the full game to experience the trial.

The free trial will be available on the PC, PS4, PS5, Xbox One, Xbox Series X and Google Stadia.