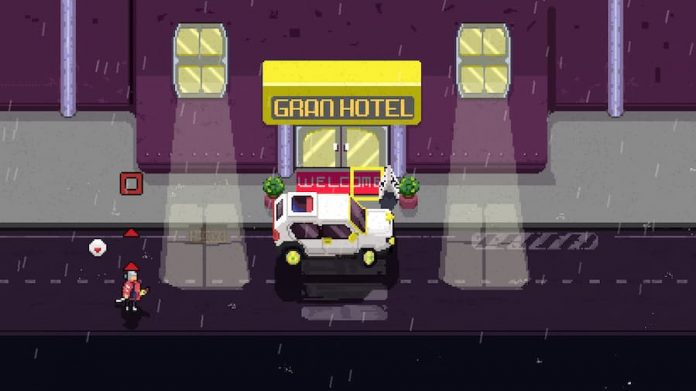 Usually, when presented with a game like Red Ronin – a pleasant hodge-podge of ideas – I like to use some silly equation in an attempt to pinpoint what the game really is.

In the case of Red Ronin, it’d be something like “Chu Chu Rocket + Hotline Miami“. It’s an easy shorthand to convey exactly what this game is. Even if you haven’t played Chu Chu Rocket or Hotline Miami (which would be outlandish), chances are you’ve seen them floating around the internet – and now you have a certain image in your mind. That right there is Red Ronin.

Now, to get this bit out of the way, Red Ronin has a story at its centre. There’s revenge and breaking into tall buildings and being roguish with criminals. But I’ll be honest: most of that went over my head, because it didn’t really matter. It feels like it’s there because so many games need a story. The plot never feels particularly necessary to the gameplay that happens in between the talky bits. And that’s okay, really. Because Red Ronin‘s gameplay is good enough to carry itself.

So we have an assassin – a ronin – with a big sword. They’re pretty handy with that sword – slicing anything that gets in the way. Not too handy at turning corners though, which is where the player comes in. Our hero can only move in straight lines, ending when they meet a solid surface. It is our job to guide them from point A to point B, finding a path either through or around enemies. Sometimes it’s simple; a few button presses to skirt the perimeter of a room and then into an elevator. Other times, it’s a little trickier; backtracking along pathways or looping around furniture in order for enemies to line up just right. 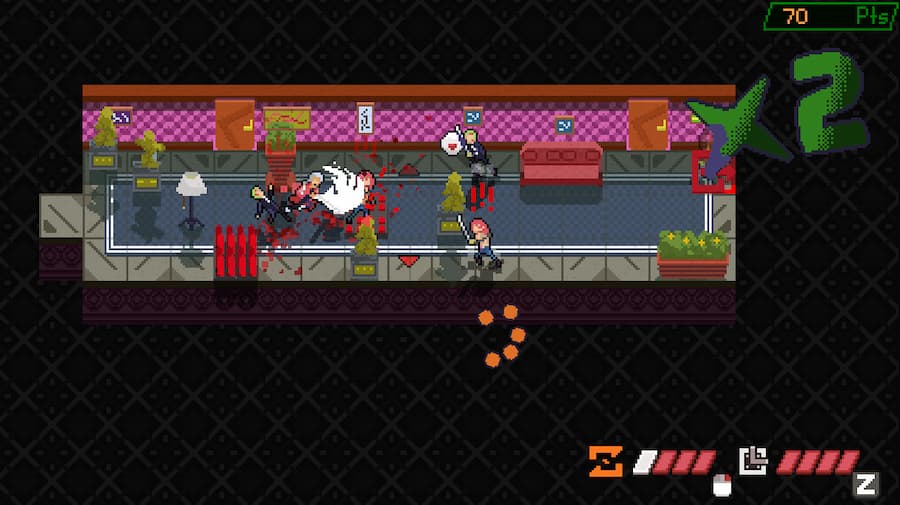 If you step into the path of an enemy, you’re squashed and sent back to the start of the room. This all happens as a funky electronic soundtrack twangs along in the background, making all the action feel like a rhythm game. Red Ronin‘s pixel art is crunchy enough that it has substance and heft, especially when thwacking someone with the sword. Above all of that aesthetically pleasing effort are the puzzles themselves. As the game starts out, some of them are perhaps a little too easy, but they merely feel like an entrée to the main course. They whet the appetite and urge you onwards and into the more fiendish levels.

You’ll eventually get into a groove with Red Ronin, feeling like you’ve cracked the secret to solving its puzzles. But you can’t get too comfortable, because the game will toss you a curveball by granting you special abilities. One allows you to place an arrow, which changes the direction of movement midway through a path. Another allows you to slow time so you can get ahead of enemies. Even with these new abilities in the mix though, Red Ronin‘s challenges never feel too difficult to overcome. Each time you find the solution, it always resounds with a satisfying “ahhh”. 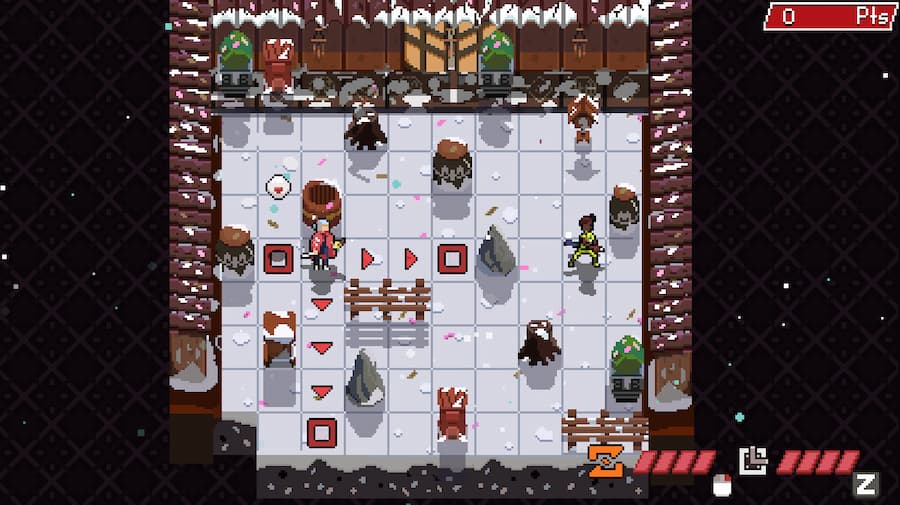 It’s okay that Red Ronin doesn’t feature a killer story, because the actual gameplay does exactly what it needs to, and it does it well. Will it be a memorable game? Probably not. But this kind of puzzle games scratches a particular itch and provides a enjoyable way to pass the time. It is only a shame that this isn’t a mobile game, where it would probably find a bigger audience.

Red Ronin is available on PC. This review was facilitated by a code provided by the publisher.