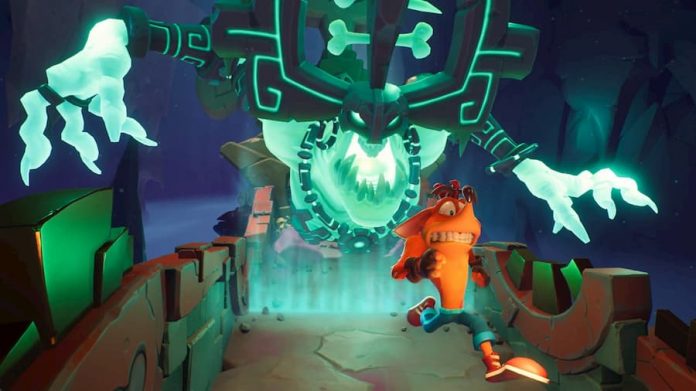 Next-gen consoles have been with us for a few months now – if only they were easier to get hold of, then we’d have no qualms accepting that they’re actually current-gen.

The fact of the matter is, though, that actual next-gen experiences have been thin on the ground. Xbox Series X had its attempt to wow us with The Medium, but its dual-world mechanic just came across as a gimmick. And so it’s been the PS5 that has impressed us with its next-gen offerings the most, with Spider-Man: Miles Morales showing us that consoles really can do ray tracing, and the Demon’s Souls remake demonstrating the level of detail we can expect in PS5 games going forward. There’s the DualSense controller, too, something that we initially dismissed until we played Astro’s Playroom. Not all PS5 games make good us of it, but it gives that extra edge to those that do.

Still, even the PS5 hasn’t yet provided that next-gen only experience we’re waiting for. Graphically some of its games have stunned us, but in terms of gameplay, it’s the same old. It’s likely to stay that way for some time yet thanks to cross-generational support, and the inevitable delay that Coronavirus has piled onto development timelines. But there’s one aspect of next-gen consoles, especially PS5, that has well and truly blown us away, even if only a small number of games currently exhibit it: dramatically reduced file sizes.

With the PS5 and Xbox Series consoles all having less than 1TB of usable storage space as standard – considerably so in the case of the Xbox Series S – what you have installed at any given time has to be given more thought than ever. If you’re a devout Call of Duty player, for example, you’ll find that a full installation of Cold War takes up about a quarter of your PS5’s storage space. Thankfully you can delete certain portions of it such as the campaign to reduce its footprint. But still, depending on what you install, your PS5’s SSD could be full after installing just a handful of games.

There are some next-gen games, though, that somehow manage to be much smaller than their last-gen counterparts, dramatically reducing their storage space footprint.

Take Crash Bandicoot 4: It’s About Time, for example. Install the PS4 version of the game and you’ll find it takes up a hefty 45GB. Install the PS5 version, however, and you’ll find that it only needs 20GB of of your SSD’s valuable estate. On Xbox Series consoles it needs 22GB, a slight bit more than PS5, but still a hell of lot less than the Xbox One version.

So, how can next-gen games be so much smaller when they have higher quality textures and such? Compression is no doubt a major factor, with both the PS5 and Xbox Series consoles sporting fancy decompression techniques to make handling data more efficient. Then there’s data redundancy to take into consideration – traditional hard disk drives require developers to sometimes duplicate data to reduce seek times, increasing a game’s storage space requirements. Thanks to the insane seek speeds of SSDs, that’s no longer necessary.

And so, as the generation goes on and more games are optimised for SSDs, our storage woes might not be so bad as we initially feared. Though, as ever, we’re at the mercy of the developers who create the game we love to play.