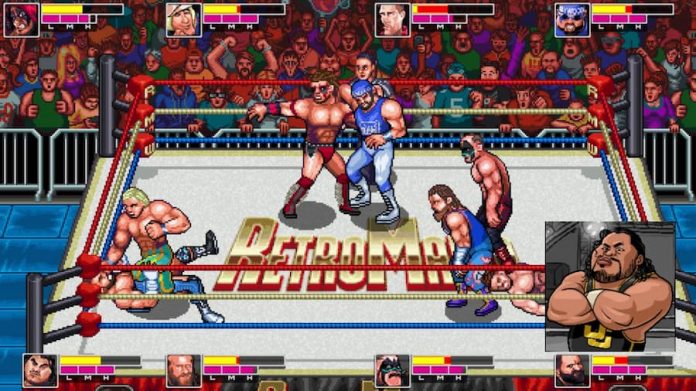 Think pay to win is bad? WWF WrestleFest did everything but put its hand in your wallet, but RetroMania Wrestling is here to fix that.

In fact, it was only when I revisited WWF WrestleFest in preparation for this review that I cottoned onto just how much of a money vampire the original arcade game was. Sure, arcade games were designed to part you from your money, but at least if you lost you had to start again on the same stage. If you were fighting a human opponent, they got the kudos of defeating you.

WWF WrestleFest, on the other hand, would let you refill your energy bar just by adding a credit, making you more or less invincible as long as you had enough cash. RetroMania Wrestling does away with that particular piece of awfulness and instead delivers an “official” sequel (though there’s no real historical connection) which will flood any WrestleFest fan with nostalgia. Those who didn’t grow up with the game? Maybe not so much.

Lacking the WWE license, the roster doesn’t feature as many familiar faces; the Legion of Doom jump out as a former WWE/WWF tag-team and I’d definitely heard of Tommy Dreamer. The Blue World Order? Yeah, I’ve no idea who they are. There’s the possibility of a character creator arriving later but right now you’re stuck with the regular roster, which is a little lacking in Big Show style bruisers; all the fighters seem like they’re the same weight class. But with each sporting their own finishing move, entrance music and oddball style, you’ll soon settle on a favourite, at which point you’ll get your backside kicked by the first fighter you go up against. 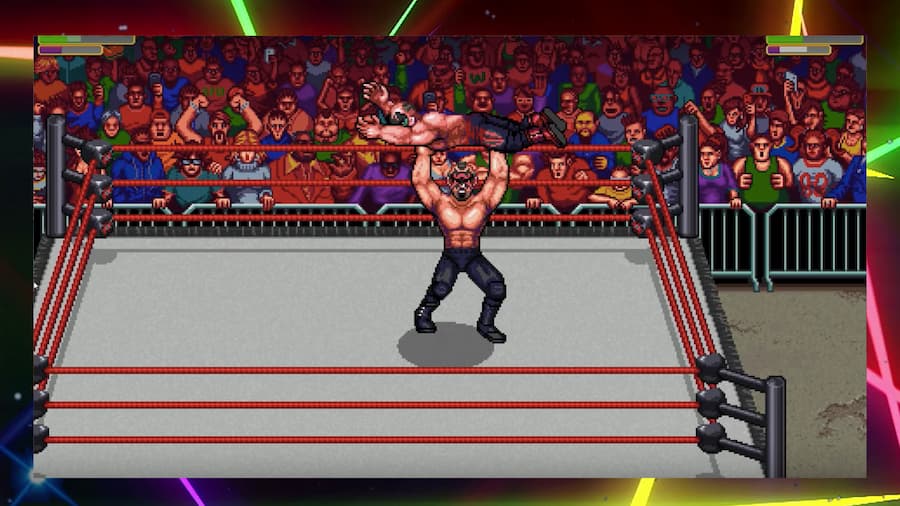 RetroMania Wrestling hasn’t just emulated WrestleFest‘s pixelated graphics and arcade fighting style. It’s every as bit as difficult as that coin-guzzling arcade game, so I heartily recommend you crank the difficulty down to 1 or 2, then work your way up when you’re ready. But delivering a smackdown, whether you’re playing the (short) career mode, engaging in a Royal Rumble, Cage Match or one of the other tweakable modes, will have you grinning like an idiot. I found it particularly cathartic given I’d pumped way too much cash into Wrestlefest.

RetroMania‘s 90s aesthetic gives it a big boost, with some familiar (but not quite copyright-infringing) arenas and a couple of deliberately absurd ones. The commentary is about as sparse as it was in the original Wrestlefest, but I’ve yet to see a wrestling game commentary that doesn’t start repeating itself. There’s no blood, but hurling someone over the ropes never gets old, nor does clambering out the ring to smack someone in the face with a chair. 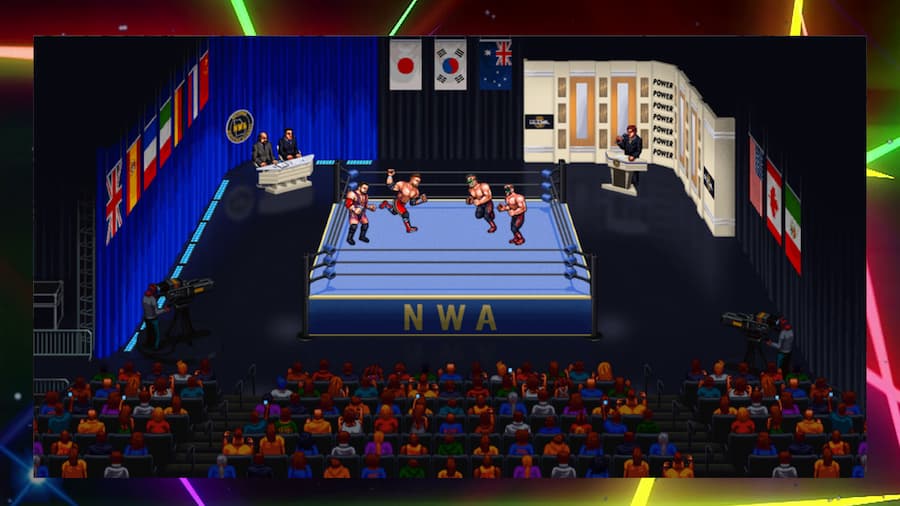 The snag is, there are times that Retromania Wrestling‘s arcade controls work against it. The controls are relatively basic: you have weak, medium and strong attacks. The latter two are only effective when you’ve pulled off enough basic moves or taunted your opponent a few times, and that’s fine when you’ve got the upper hand. But reversing attacks can be fiddly – there’s a reverse rock-scissors-stone element to it; you have to work out which attack your opponent is going to use then hit the same button. Sometimes you can intuit it, other times it’s just chance.

There are times when winning or losing a grapple feels like sheer chance and, if you don’t have fond memories of the original Wrestlefest you can knock a point off RetroMania‘s score. But when you’re Irish whipping an opponent then booting them over,  just managing to tag your ally in or valiantly staying in the ring with six other opponents who want you out, it’s still a real blast.

RetroMania Wrestling isn’t the most technically accomplished wrestling game out there, but it is a joyous arcade brawler that gets more entertaining the more people you can rope in to a match. Like the game that inspired it, it’s not going to occupy you for hours in a single sitting but you’ll keep coming back for another dose of wrestle ’em up action.

RetroMania Wrestling is available on PC, with console versions coming soon. We reviewed the game on PC with a code provided by the publisher.